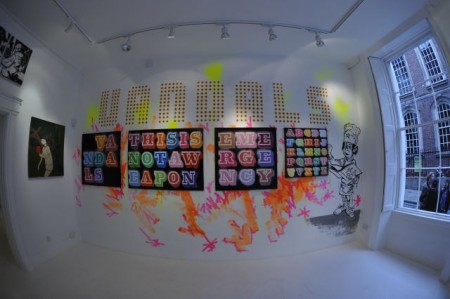 For the sixth and final Stella Dore interview we caught up with Stella’s founder and now Director, Steph Warren. Hear of her past with Pictures On Walls, the scene in general, and the gallery’s plans for the future after the jump. 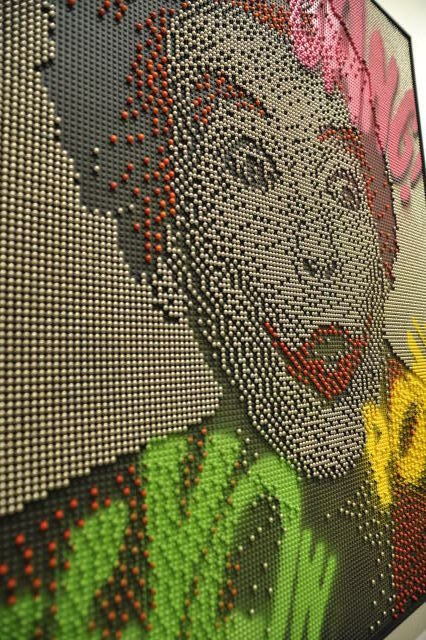 Hey Steph. OK, let’s start with the basics, what exactly is Stella Dore? Why was it set-up, who set it up, who works there, where are you based, which artists are you involved with and why and what generally is the motto or mantra for the Stella outfit?

Stella Dore is an online store and gallery by appointment in Brick Lane that I (Steph Warren) set up in 2007 after leaving Pictures On Walls at the end of 2006 where I was Office Manager.  I wanted to set up a gallery which dealt with artists directly, selling both prints and original work which was affordable and we also try to assist the artists on the roster in any way, be that producing a print of their work or driving them round late at night keeping watch while they painted something on the street.   Our permanent roster is Eine, D*face, Eelus, Cept, Cat Johnston, Chu, Pure Evil, Modern Toss, I-Lib, Kid Acne, Rugman, Tinsel Edwards, Twinkle Troughton, Word To Mother.  Miss Bugs is also joining us soon.  We are also working with Sickboy, Sweet Toof, Joe Black and Stef Plaetz for this show and intend to include other artists in future shows. 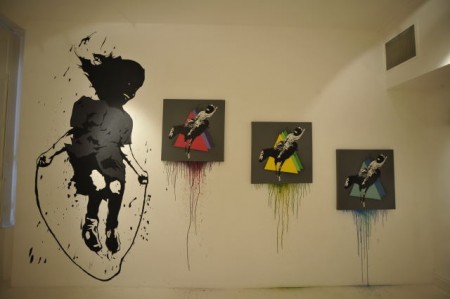 Great-stuff, so you’re next show is in the Irish capital, Dublin, whats the deal with that eh? London not enough for you guys, thought you’d better go over there and show ’em how it’s done?

Of course I love London but sometimes it seems like there’s an ‘urban art’ exhibition every week.  I just wanted to go somewhere where it was fresh thing for the people attending to remind me of my own enthusiasm for the genre several years ago.  My aim with Stella Dore is to travel as much as possible with a good bunch of people and paint as much of the surrounding area as time allows.  And yeah, of course we’ll show them how its done. 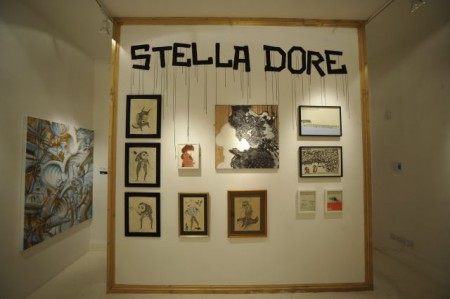 Can you tell us a little more about the show? Themes, artists, etc

We are taking over Eine, Eelus, Rugman and I-Lib who will be painting directly onto the gallery wall  as well as on canvas and then we’ll be hanging work from the following artists on top:  Miss Bugs, Cept, Kid Acne, Sickboy, Pure Evil, Modern Toss, Cat Johnston, Chu, Sweet Toof, Tinsel Edwards, Joe Black, Stef Plaetz, Tinsel Edwards and Twinkle Troughton.  We will also be painting various spots around the city in the run up.  Its going to be fun. 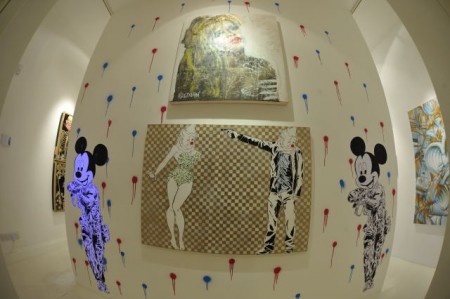 What can we look forward to from Stella Dore over the next year or so?

More shows, more artwork…. Plus finding new talent and nurturing an ongoing working relationship with the artist trying to get the best out of them. 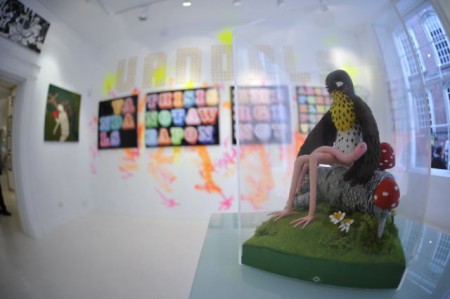 There seems to be a new urban art gallery poppoing up everyday at the moment, how do you think Stella Dore differentiates itself from the pack?

The extent to which we work with our artists, our priorities are getting involved with producing public art work not just selling out a print edition.  We also want to provide art work that is priced fairly for the customer, we don’t just want to fleece them for as much as we can as quickly as possible.  Our working relationship with the artists is something that has occurred organically over the years from being on that scene rather than a typical business relationship.

Thanks Steph, see you soon.