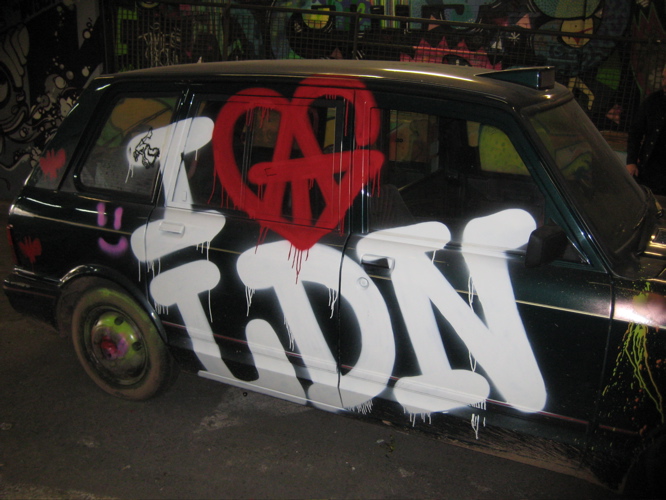 Just got back from the Cans Festival, which like we reported earlier has been completely redone with a WHOLE tunnel full of new artwork.

The organisers have stripped the tunnel back to it’s bare bones again and allowed a whole new roster of crews and artists to take to the walls and completely remake it.

This time though, its graffiti that takes the presidence, not stencils. A bold move, and if im honest, we almost prefer this compared to the previous incarnation. ATG, the London based graf stalwarts have OWNED the tunnel with a London taxi being one of my favourite pieces.

Another London based artist, Rough, along with at least 5 other names have created an amazing piece – a huge wall of freestyle paint and a huge face with letter-forms coming out of the eyes, alongside a mural of Gordon Brown – stating “Never a frown with Gordon Brown”.

If you’re in town this weekend, and at a loose end then we highly recommend that you get back to Leake St and check out the “Hall of Fame” so to speak of some of the world’s best talents.

Gallery after the jump.