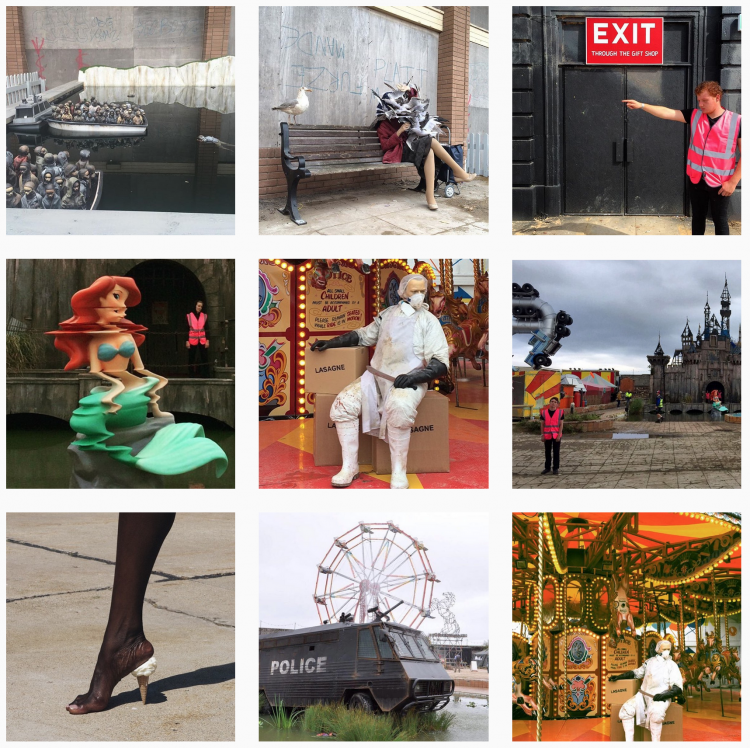 It’s official! The rumours that were flying around on the internet are now true – Banksy has unveiled his Dismaland theme park in Weston-super-Mare here in the UK.

The pop-up exhibition opens this weekend and takes place at the former water park, Tropicana. The Dismaland show also includes work from Jimmy Cauty, Jenny Holzer, Damien Hirst and a whole slew of artists. It will run from August 22nd through to September 27th. 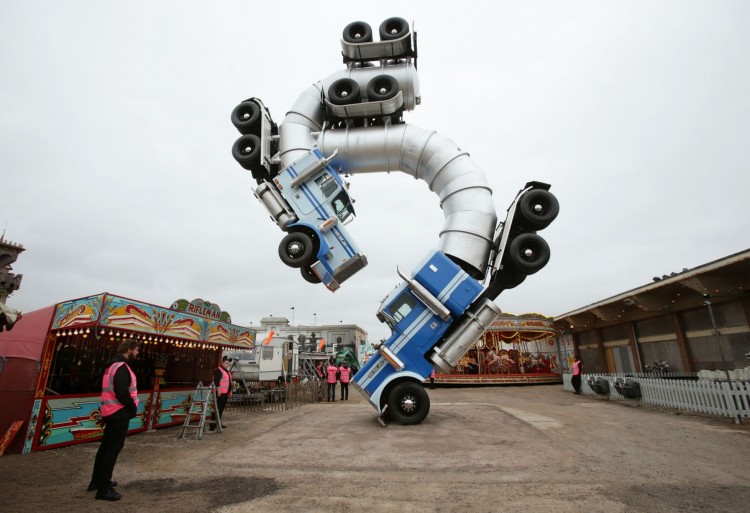 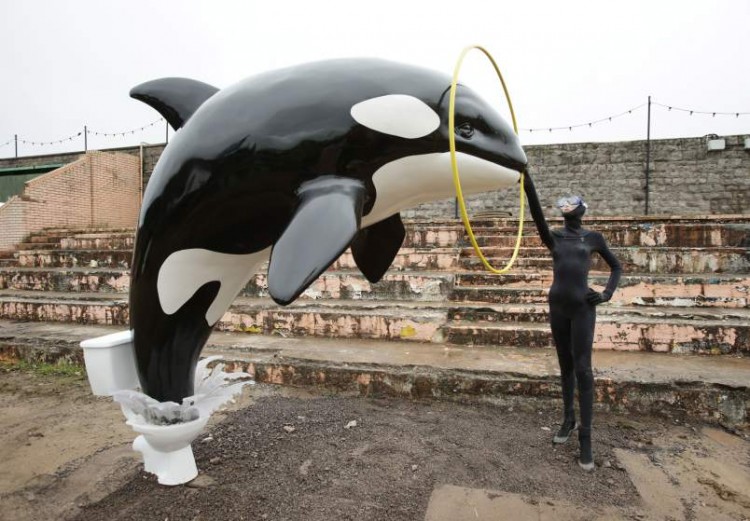 In what may be considered by many as a joke, Banksy stated:

“I loved the Tropicana as a kid, so getting to throw these doors open again is a real honour.”

The show, which includes 18 attractions has been done in collaboration with the local council and is his first show in the UK since “Banksy vs Bristol Museum” which took place in 2009. To keep the project a ‘secret’, the locals were told that a Hollywood film company was filming there and it was only this morning that a “Dismaland” sign was put up on the facade of the entrance. 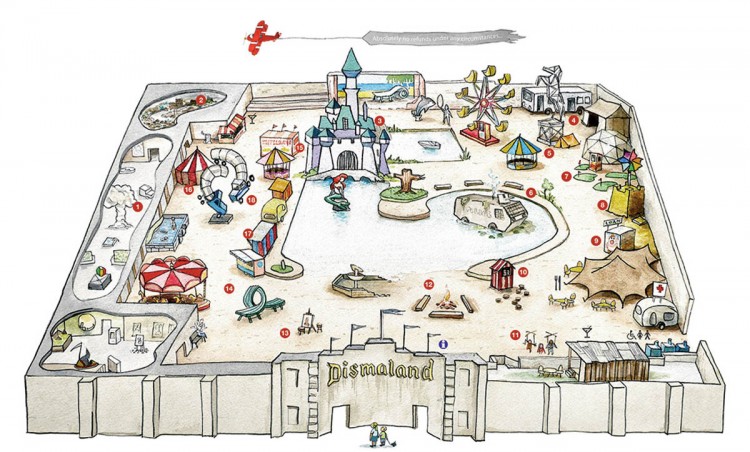 A series of events are planned for every Friday night during the exhibition’s run with DJs every Saturday night and artists include Pussy Riot and Massive Attack (!).

Open everyday from 22nd August – 27th September 2015.
11am – 11pm. Admission £3, free for the under 5’s.
Capacity is limited, visit the ticket page and book a time slot for guaranteed entry.

Dismaland is situated on the seafront in legendary Weston-super-Mare and is easily accessible by train, bus and road. Marine Parade BS23 1BE