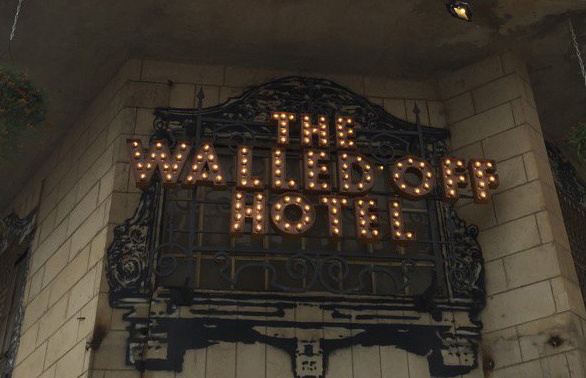 Banksy has just announced the opening of the Walled Off hotel in the Palestinian city of Bethlehem, which is just a few metres away from the controversial West Bank barrier.

This is a major project from the artist whose last one, Dismaland was loved and mobbed by the public who visited the dystopian nightmare of a themepark in Weston-super-Mare.

Previously  Banksy had painted murals on the wall that separates the Israeli and Palestinian territory in the West Bank. 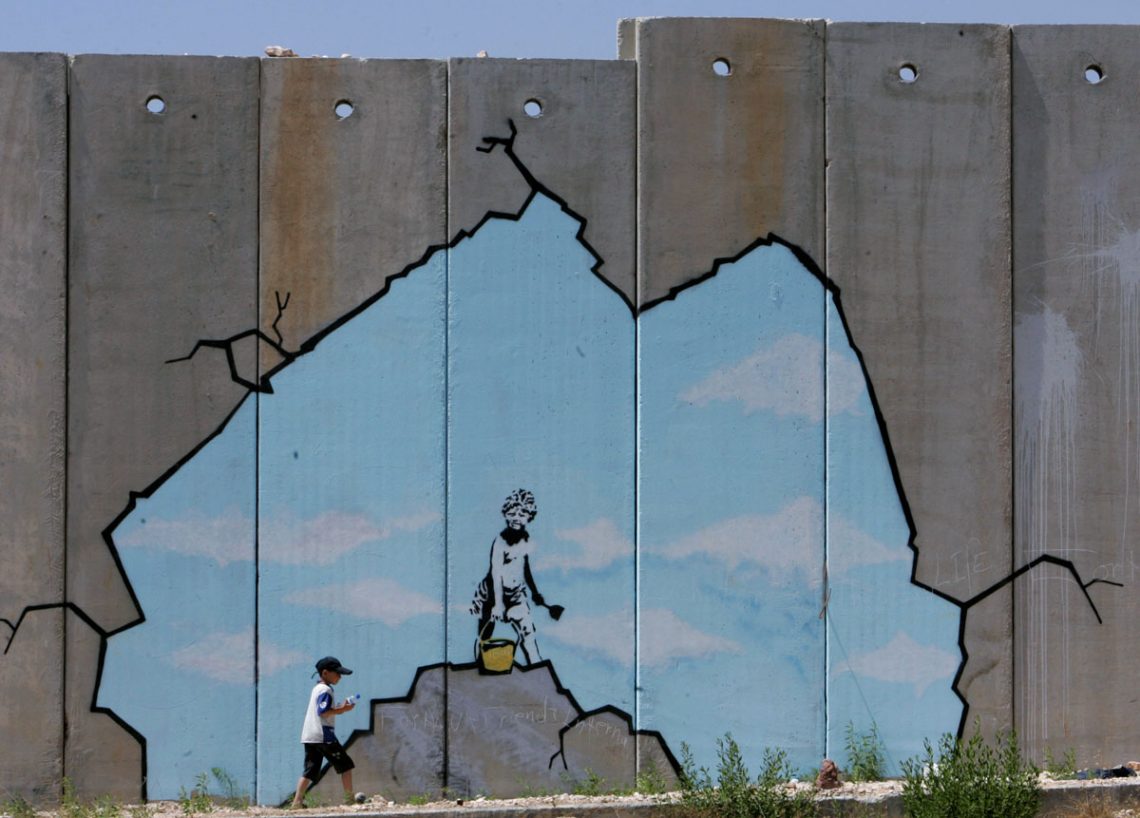 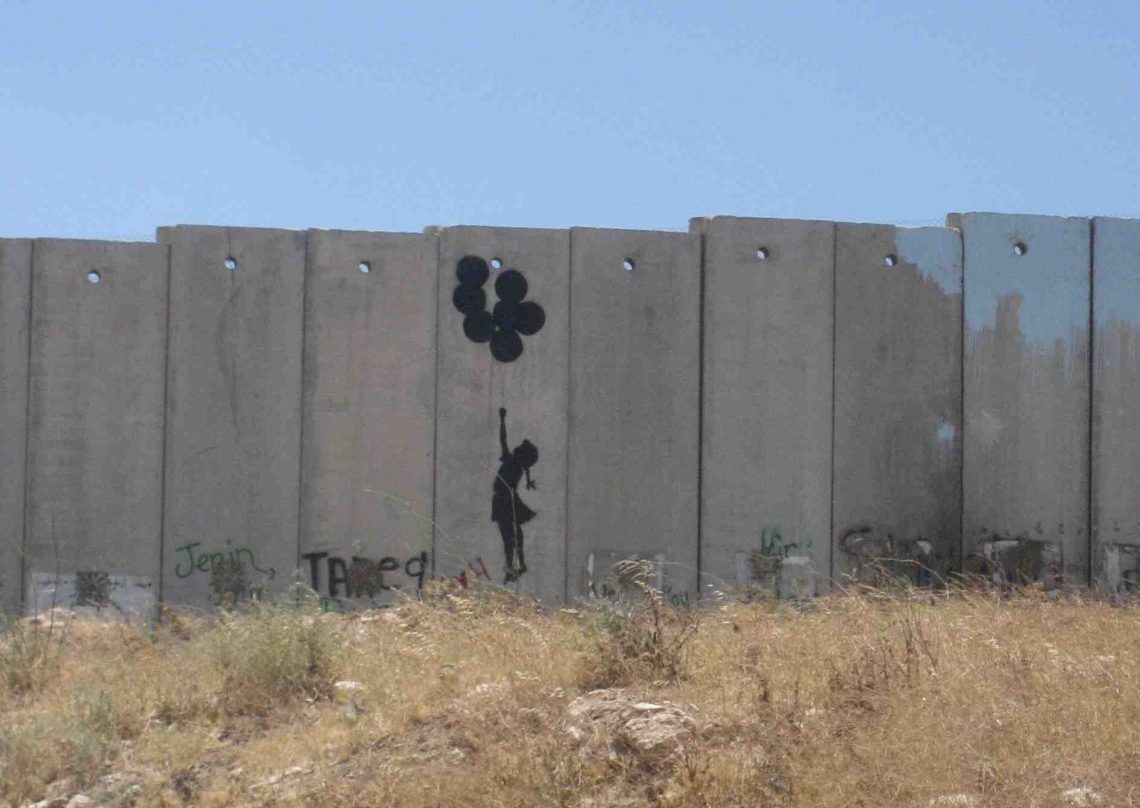 Today, the hotel has opened and has only nine rooms, is staffed by local people and rumour has it that no one knew that the owner was the elusive Banksy.It contains dozens of Banksy works, a themed bar and interactive exhibits.

The hotel contains dozens of Banksy works, a themed bar and interactive exhibits. 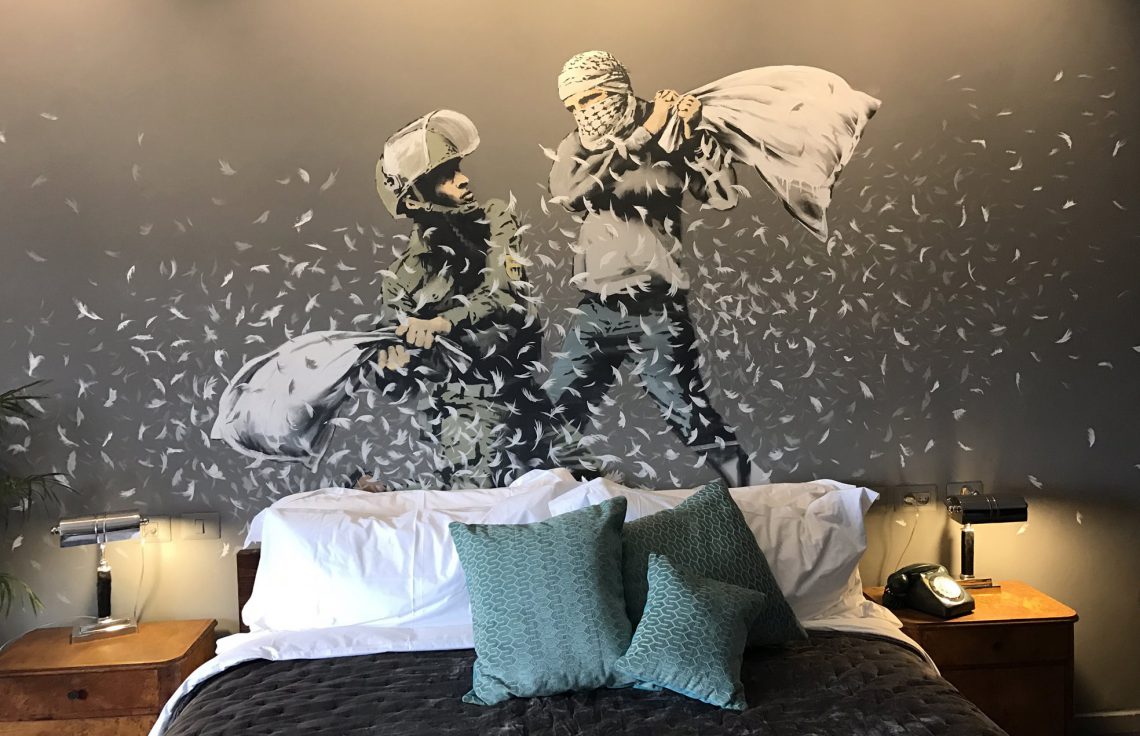 One the works depicts the signing of the Balfour Declaration which set the conditions for the establishment of Israel 100 years ago this year. The hotel has been “decorated to resemble an English gentlemen’s club from colonial times”.