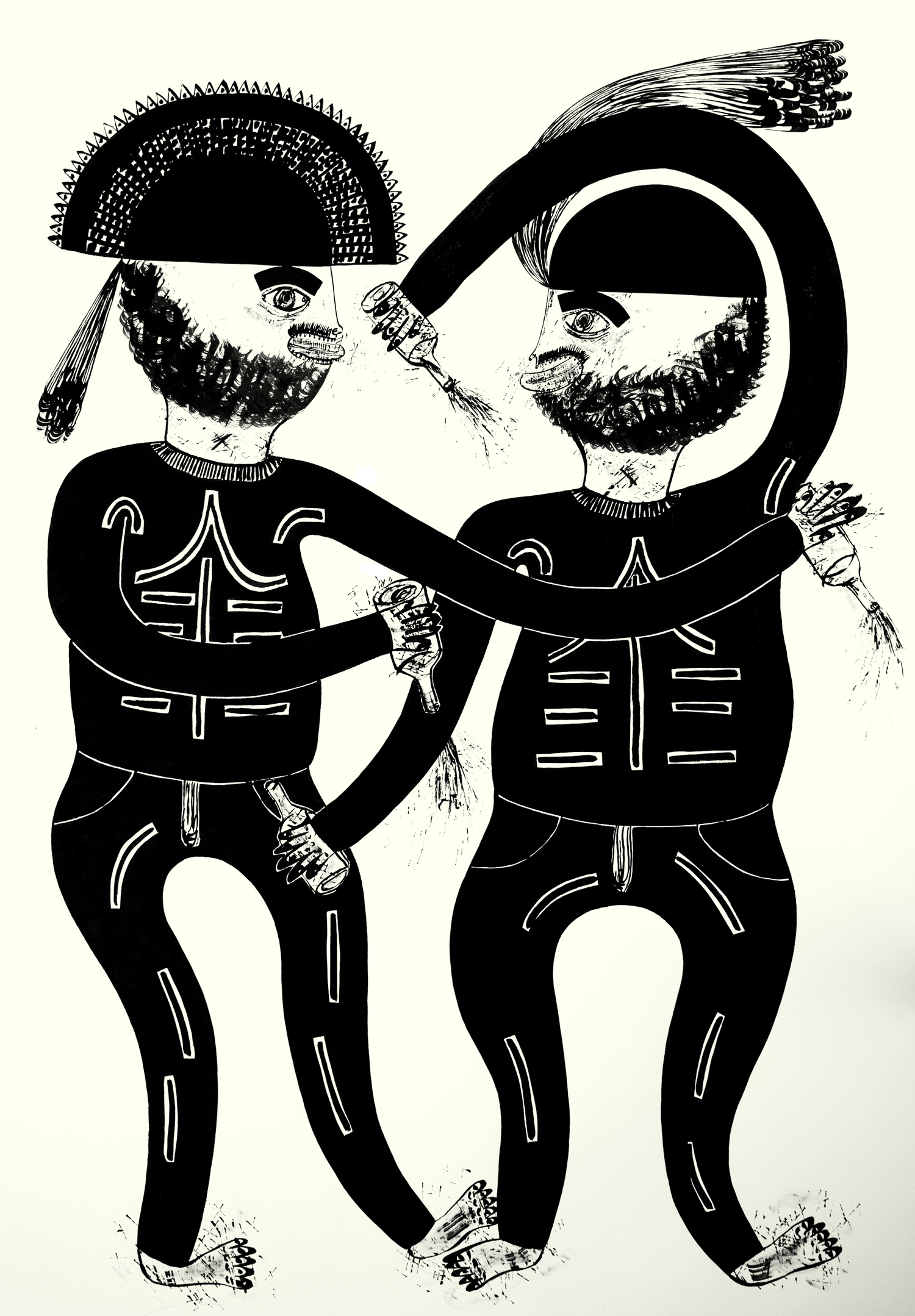 Combining themes from both native and contemporary popular culture, Jack interprets traditional ideas of brotherhood within a modern context. Bromance depicts ‘dudes having a good time’. His exploration of male relationships and rituals revolves around playful characters hanging out, skateboarding and drinking beers.

Bromance will comprise of a series of Jack’s signature A1 sized compositions alongside other work showcasing his unique tribal-influenced style. Jack will be painting a special site-specific installation live at the gallery in the run up to the opening night.

Please note the venue for this exhibition has changed and will now take place at the Atomica Soho Pop-up at 75 Berwick St, London.