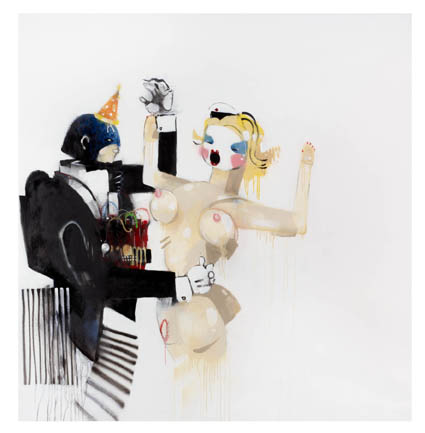 As promised, check out our interview with Aussie export Anthony Lister after the jump. 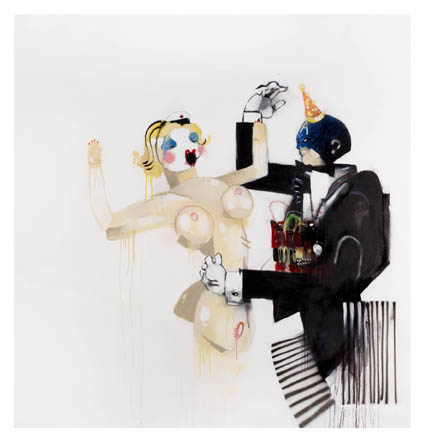 Hi Anthony, let’s begin with a little background information about your past – education, interests, influences, where you were brought up, when you first realised that you could make a living out of art, etc.

I was born and raised in Brisbane, Australia, strapped to a one armed man. I completed university with a BVA in visual arts then travelled to America where i pursued mentorships. I’m influenced mostly by the elements of life that didn’t care what i thought.

The moment that i knew i wouldn’t deliver any more pizzas was when i was sitting on my back steps with my wife and young baby and i remember thinking; i dont think i will have to go to work anymore. It was a beautiful moment. 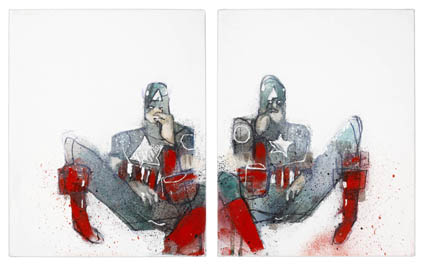 As you mentioned, you were brought up in Brisbane but have now moved to Brooklyn, can you tell us limeys why you decided to move to the US and what the scene’s like over there?

I’ve been moving in and out of new york for about 5 years now. It gets better everytime i leave and return. Its just a bunch of young artists trying to make great work. 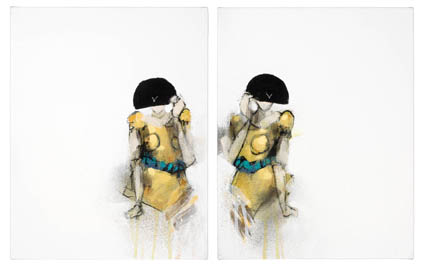 An Anthony Lister piece can be quite easily picked out of a crowd due to its distinctive and often iconic subject matter and style. Can you tell us how your style has evolved and the message that you’re hoping to convey, if any, with your work?

When i make work i try to make it more about how it feels to me physically. I decided a long time ago that if i was going to do this thing forever i needed to keep it real, from that point i have tried to make work that feels good to make. I never wanted to get stuck in a fake style that wouldnt be able to maintain due to lack of technical purity.

You’re an artist who has received wide acclaim from a variety of disparate sources, including leading fashion magazine, Australian Vogue and the UK’s very own drum and bass magazine, Knowledge, to name a few. What do you think it is that enables your work to appeal to such a wide variety of audiences?

Maybe its the obviously mainstream subject matter, maybe its the aesthetics of my paintings, maybe its because i answer emails? i don’t know? i’d like to think that its because my work appeals to people on multiple levels and that it is about the work in the end. 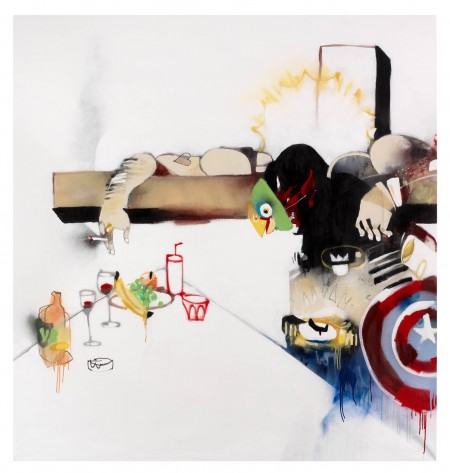 So, you’re show at Elms Lesters, alongside WK Interact opens on August 22, what treats have you got in store for  your eager UK audience. And can we expect to see you hitting the streets while your over here too?

It will be works from my studio, there are some new sculptures i’ve been working on, new paintings, maybe a performance… Regarding the streets, i’m always on the street, i just don’t advertise it. If i hit the streets i hope that no one finds out and that it’s painted over within 2 hours.

Cheers Anthony, good luck with the show, much appreciated.