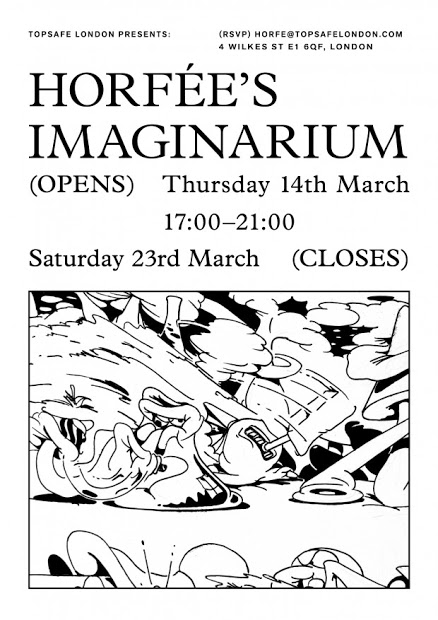 Horfee, a graffiti writer from Paris and member of the Topsafe London crew has a new solo exhibition which opened this week at 4 Wilke St. In the past 12 years he has travelled extensively, leaving his mark on wherever he has visited with his unique take on graffiti.

In Paris, his hometown, it’s where he has left his indelible mark, it’s apparently difficult to find a district that he hasn’t covered in his name. And now, as a recent graduate from art school, he has begun to interest the art world, taking the illustrative elements of his graffiti away from the walls to the canvases. 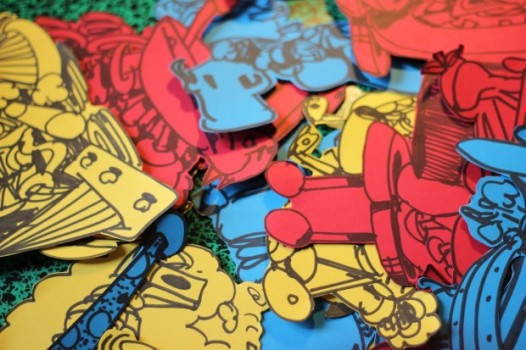 There’s a book to accompany the show and this is priced at £20 + P&P for 96 pages of Horfee goodness. And, if you’re feeling flush, the Topsafe site is also selling a ‘Horfee Flashpack’ as seen below. Yours for £150 + P&P. 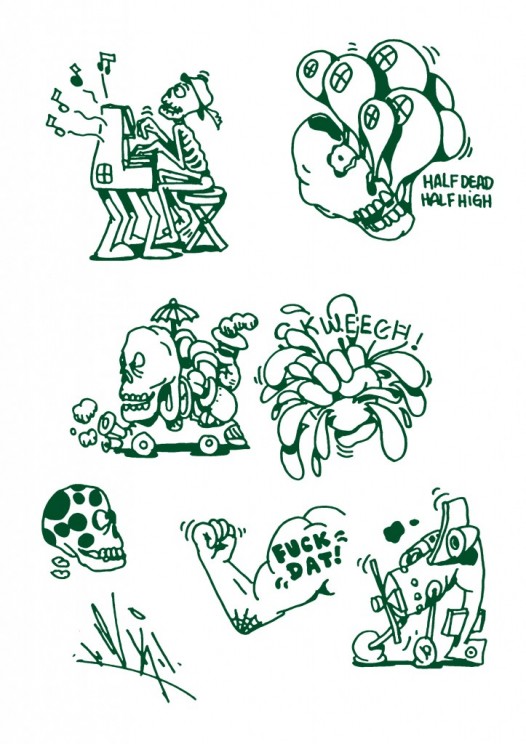