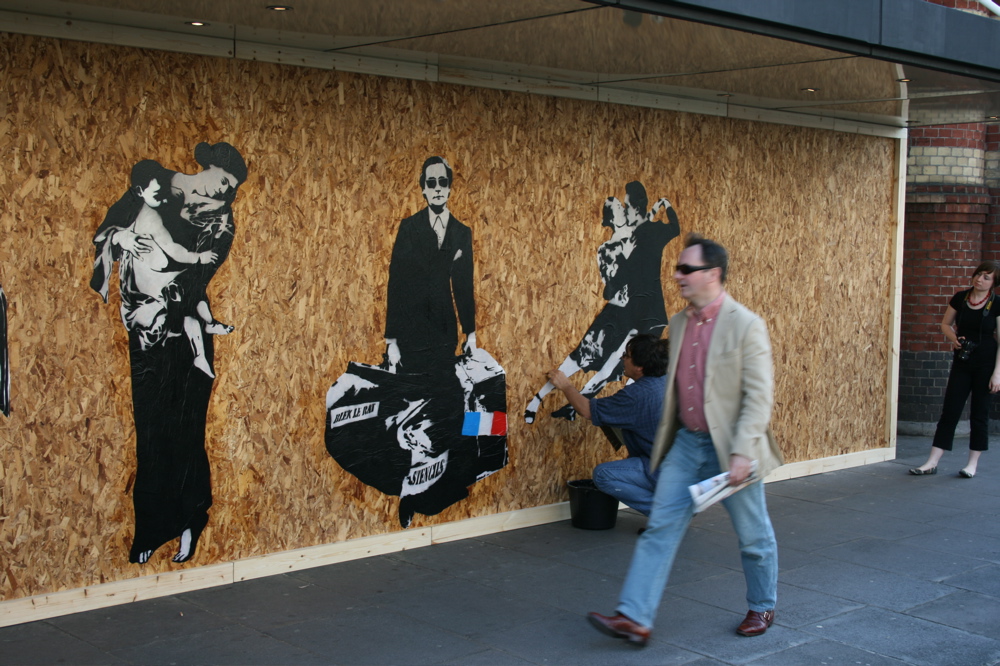 Blek le Rat is one of the most loved and most influential figures in the world of street art. Blek le Rat today created a unique stencil art installation on the window of The Conran Shop, Fulham Road prior to the launch of his book ‘ Blek le Rat – Getting Through the Walls’, published by Thames & Hudson.

The book is a unique view inside the life and work of the one of the most private, but also one of the most applauded figures in the vibrant world of street art. Blek le Rat is revered and acknowledged by the international street and graffiti community, and his work has influenced record and CD design, advertising and graphics, as well as the work of many street artists around the world, including Banksy. 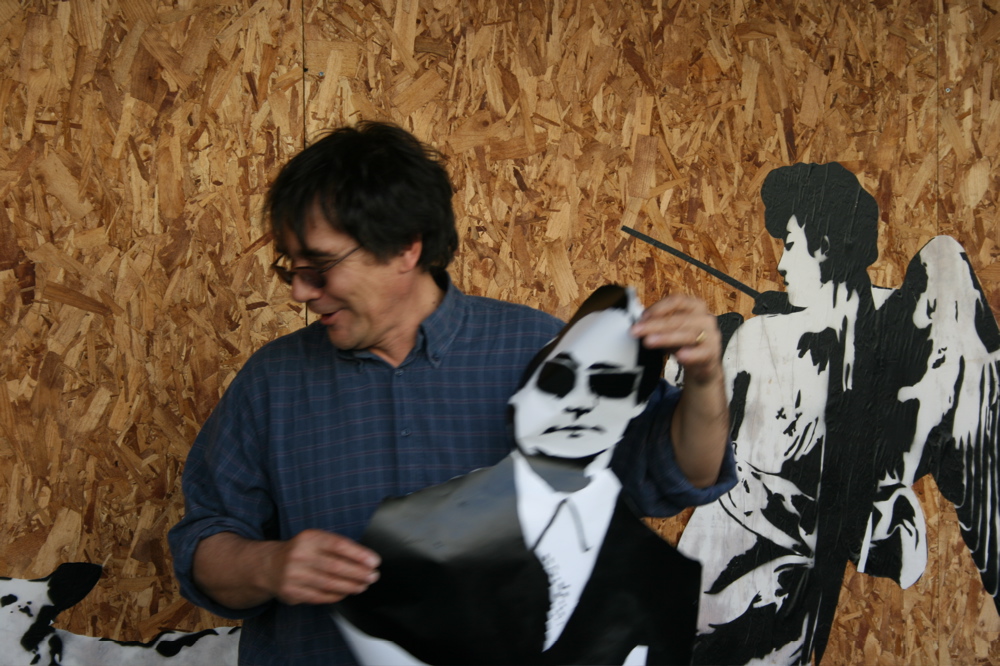 To order your copy of the book for a small sum of £11.95, head over to Thames and Hudson here

And a bit about the book:

From small, simple stencils to complex multimedia events, Blek’s distinctive art is showcased here for the first time, demonstrating the development of his technique and creativity over two decades. Whether it’s his unique images of Lady Diana and kidnapped French journalist Florence Aubenas or his iconic silhouette of a rat, we see why ‘The Genius of Blek’ is hailed in King Adz’s film about this elusive, deeply creative figure.

The book features photographs of hundreds of Blek’s works and an in-depth exploration of the method and meaning behind his stencils, as well as a look at the evolution of urban art from New York, Paris, Barcelona and Buenos Aires to London, Taipei, Naples and Berlin. It will inspire anyone interested in design or contemporary urban culture.

Sybille Prou studied art and literary history in Cologne and is the author (with Bernhard van Treeck) of Pochoir and Graffiti in Paris. She is married to Blek le Rat and has photographed his work for many years.
King Adz is a filmmaker and Creative Director of 100proofTRUTH, a PDF magazine that celebrates and promotes urban creativity. He produced and directed Original Stencil Pioneer, a film about the life and work of Blek le Rat in 2006. 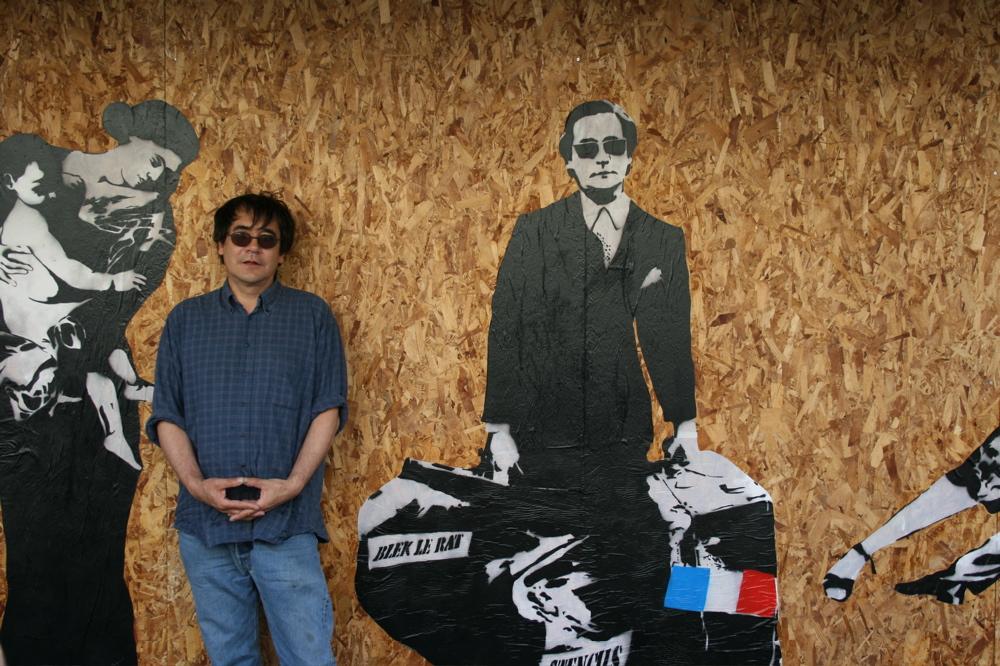 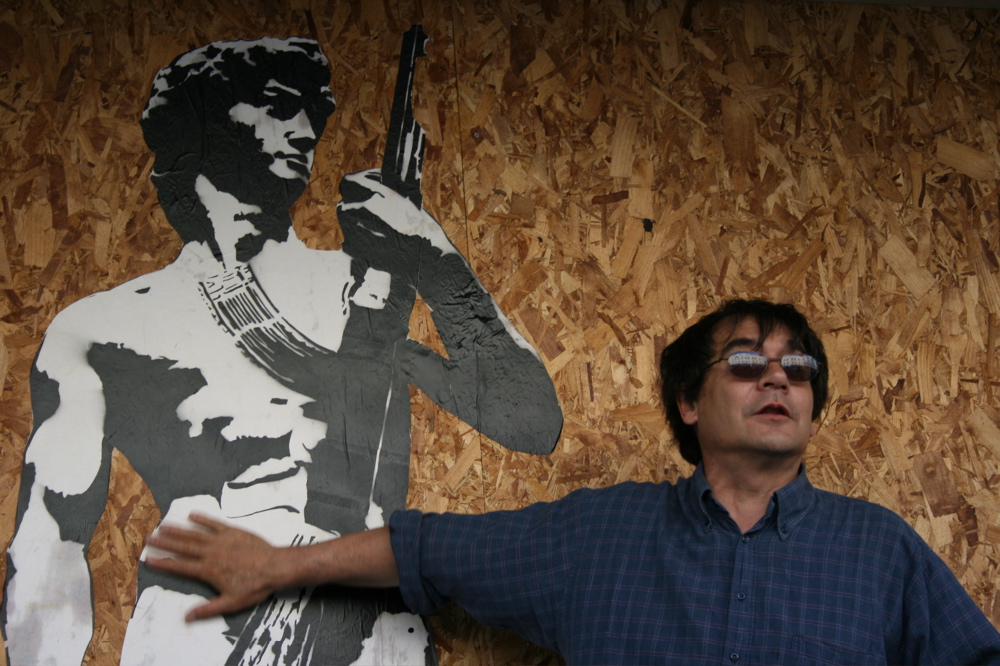 Photography of the stencil installation at Conran by Paul Jenkins

Big thanks to Amy at Camron for the heads up on this!