O2 has commission UKSA favourite Slinkachu to create three original artworks in support of the 20 Years of War Child exhibition at the British Music Experience at The O2 in London.

Slinkachu, well known for his signature style of using models of people interacting with their real-world environment, has created these bespoke urban installations to raise awareness of its 20th anniversary. All of the pieces were created in playgrounds around London, juxtapose children in war-torn scenarios, highlighting the injustice of children affected by war. 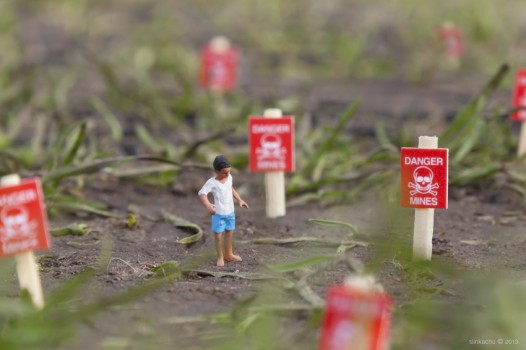 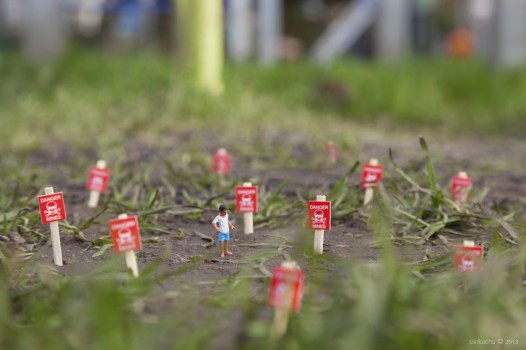 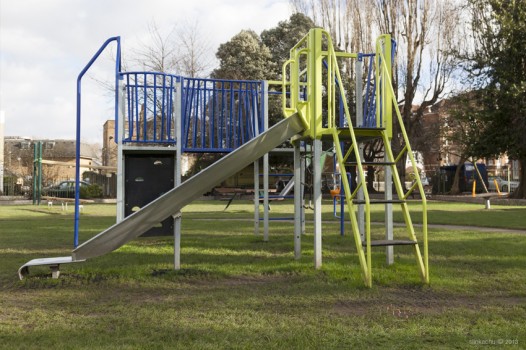 Slinkachu, commented on the new pieces:

“I was more than happy when O2 approached me to create some pieces for the War Child 20 year exhibition. I’ve been keen to do something dealing with the impact that war has on the often voiceless victims of conflict – children. My work features the unheard, the unseen, forgotten and the often ignored people in today’s world so this project was an obvious collaboration to get involved with.” 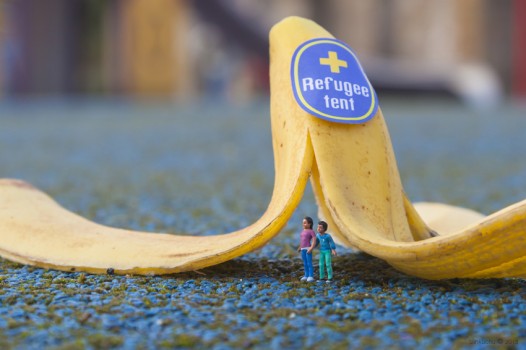 Mark Stevenson, Head of Priority and Sponsorship, O2 says: “Our work with War Child helps to get their message out to a wider audience. The aim of the partnership with Slinkachu is to drive talkability and buzz around the exhibition at the BME. Slinkachu’s iconic, signature art perfectly embodies War Child’s message that children should not be forgotten.”

War Child UK has changed and saved the lives of over 800,000 children in the world’s most war-torn countries, children who would otherwise have been forgotten. From Bosnia, Chechnya and Rwanda to Afghanistan, Iraq and the Democratic Republic of Congo, War Child have given children the security, care, education and skills they need to build a better future for themselves.