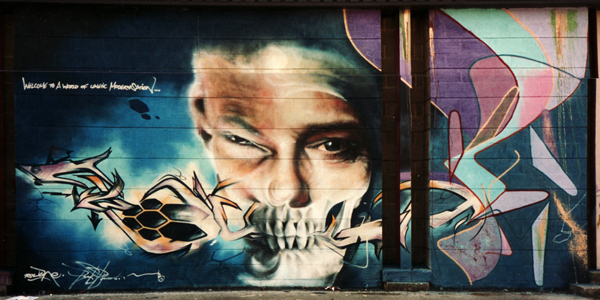 Rough is one of the biggest and best from the UK scene. He’s been in the game for nearly 25 years now and has worked with some big name clients including Redbull and Nike. We talk to him about his past and how he’s honed his skills to take his art and design from the street and into the domain of client work.

The interview that follows is a superb insight into the life and work of a man who is quite literally a legend in our eyes – and as an added bonus, he’s supplied us with a link to a video of him and Stormie and Timid in Perth, Australia that they did 5 weeks ago – you can check it out here

Oh, and we’re sure you’ve noticed the header – that’s by Rough – how good?

First up, thank you for taking the time to answer the questions.

You’ve been involved in the UK scene for some 20 years now – how did it all start – when did you get into graffiti?

It’ll be 25 years next year… It started for me in 1984. I’d been getting very much into break dancing and popping, listening to a lot of electro music and then I changed schools in my 3rd year of secondary school. I’d met a few nice kids at my new school, one of which, Nick Cristea, came into school one day a book called subway art. I can honestly say that from the moment I saw that book, I was completely entranced. I knew this was what I wanted to do. 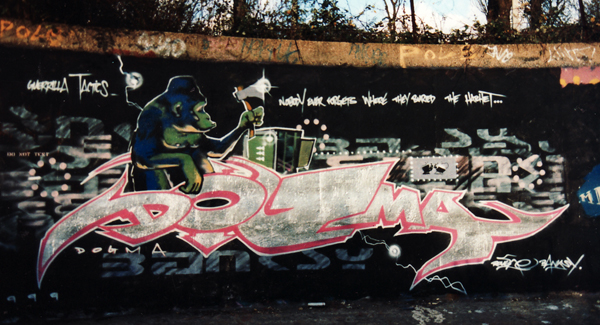 How was it growing up within the scene, and did you see yourself going onto such great things?

Growing up in that scene was hard, there were so many difficulties, dangerous areas of London that I would travel to just to see pieces that I’d heard about… I still find it hard to believe that I was never robbed or beaten up… I guess I pretty much knew my game from the off… Also I grew up in South London and from an early age you get that survival instinct when you grow up in that kind of environment. But no, I never for once imagined I’d be quite as lucky as I have been, getting to travel all over the world and paint. And I am an extremely lucky person. I do what I love for my living and get to go to all kinds of places. For example I was in Strasbourg with System doing an exhibition 6 weeks ago, then I travelled to Perth, Australia to paint a bridge with Stormie, then as soon as I got back from Oz I was off to Aberdeen to paint an interior for a shop, then I’m off to Ibiza to do a job for Red Bull at the end of August! Who knows where I’m going after that… So yes, pretty lucky I guess.

You’ve got a very distinct style, how did you hone that over the years?

Years and years of drawing. It’s the key to getting your style where you want it… I used to stay up for hours simply drawing in my sketchbooks… I’ve been getting back into drawing in a big way the last couple of years too and I think it’s helped me improve even more… You should never underestimate the power of just drawing. But I’ve also been lucky enough to be surrounded by some amazing artists who have helped me develop over the years, people like Juice 126, System, Stormie, Crise and Part 2. Painting with people like that makes you really up your game on a daily basis. 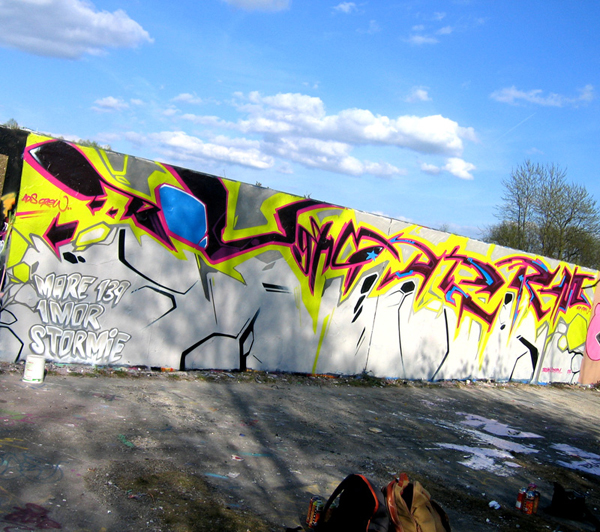 And do where do you see yourself today – I think your work has a similar style to that of the great man, Futura 2000

Futura has always had an impact upon me since Juice introduced me to his gallery work back in the late Eighties, so I take that as a compliment. I think the architecture of graffiti, interests me so much more than seeing piece after piece… Part 2 said something quite interesting to me recently, he said that everyone can paint faces, wildstyles, characters, 3D and letters now… We need to move on from that, become the creatives we were meant to be. I really took that on board. I use less and less spraypaint nowadays, for a number of reasons… one being it’s so expensive, another being it’s not exactly planet friendly and the other being that most of the kids distributing it nowadays are in it for a quick buck and I can’t condone helping them on their quest for that.

Your client list is mightily impressive, ranging from Nike to Ninja Tune and Carharrt to Sony – who was your favourite to work for – and why?

There have been numerous jobs I’ve really enjoyed over the years and numerous cool clients to work with. Red Bull hold a special place in my heart though, for the simple reason that I’ve been working with them for almost 9 years now and that relationship has continued to develop and grow. Also they put so much trust in my and my opinions, help me in most of my own endeavours as well as the jobs that I do for them. You couldn’t want for a more relaxed client. I was also art director for Jazz Fudge Recordings for a number of years and designing record sleeves has always been a passion of mine, that was an enjoyable time for me too. 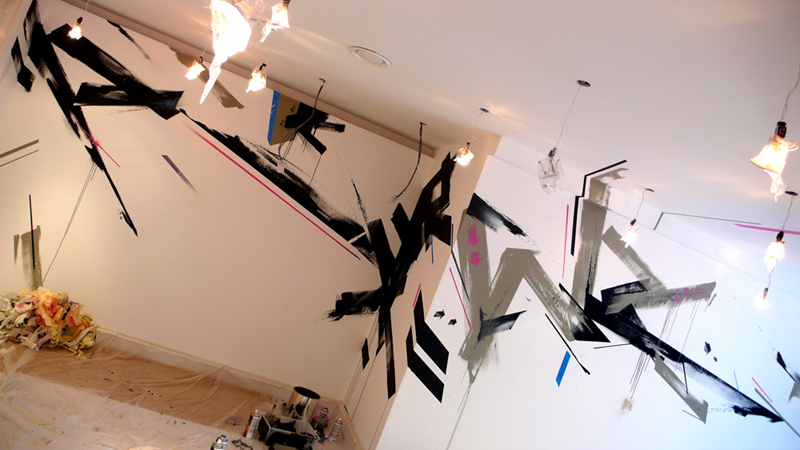 Has there ever been anyone you would love to work with, and why?

The list is pretty deep… I have always wanted to do my own range of skate boards and, or snow boards. I have painted a few for private clients, but never for a company. So that’s still high on my list. I would also like to do some trainer design for Nike or New Balance. I have done so many custom jobs, even for Nike themselves, but no production lines. That would be the most logical progression. I don’t do custom sneaks anymore as it takes so long and I’ve too many canvases to paint.

Obviously your commercial success has come from the work with clients, but do you miss working on the streets?

Unbeknownst to many people, I still do work on the streets. I still paint a lot of walls and I have also been doing some gaffa tape wildstyles. So if you see one, you know I’ve been there… Whenever I’m in another country I always make sure I get up there in some way, shape or form… It is, after all, what i do…

And finally, what’s next for Rough?

I have a solo show coming up at the Peacock Visual Arts Gallery in Aberdeen, September 25th. Then I am working on a solo show for London in early 2009, still yet to find a gallery for that. I am also doing a group show with Juice 126, Chu, System and Part2ism in the not too distant future… We were all members of the Ikonoklast Movement back in the early nineties. I am also semi managing System… he’s got an amazing solo show on the boil that I will be curating for him. People who don’t know his work should check it out… www.400ml.com

Other than that, spend more time with the family. I’ve been away so much of late, that I miss doing that. 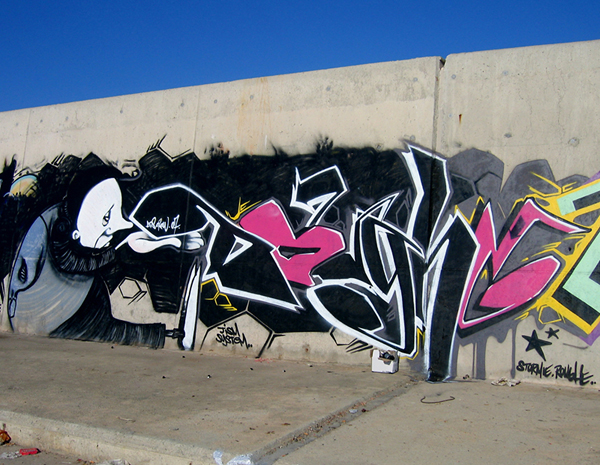