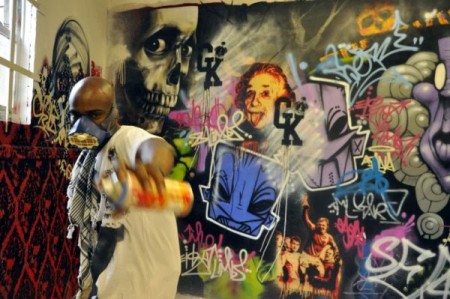 Graffiti; is it vandalism or art? It’s a question that’s perplexed many for decades.

The public are now beginning to embrace graffiti artists and their work, yet the authorities still consider them to be as much of a menace as mindless taggers who are simply looking for a way to relieve boredom. Consequently many legitimate and talented artists are having to work with caution and paint ‘legal walls’ for fear of costly repercussions. However, just this week an artist was questioned by police for painting on a wall legally, with permission from the owner of the building.

Is it possible to remove the negative stereotypes surrounding graffiti? I had a chat with artist SER, founder of Graffiti Kings, a collective waging a war against the intolerant and narrow minded, with a determination to promote graffiti as something positive.

Tell us a bit about Graffiti Kings do
Our whole aim has been to turn our passion into our career and along the way promote graffiti as a positive art form. Every time we are out representing the Kings we endeavour to smash the stereotypes some associate with graffiti.

How and when did you get together?
I started the Kings as a movement 11 years ago and it became an organised business in 2007. Over the past 20 years I have painted with some of the very best so I initially formed the team from the talent pool I already knew. Soon after word got out about what we were doing artists started coming out of the woodwork and contacting us to be involved. It’s one of the things I love about my job, the constant exposure to new talent. Just when you think you’ve seen it all someone comes around and blows you away. Most of our guys are also involved in other disciplines too; we have fine artists, sculptors, tattooists and graphic designers as well as street artists in the team. 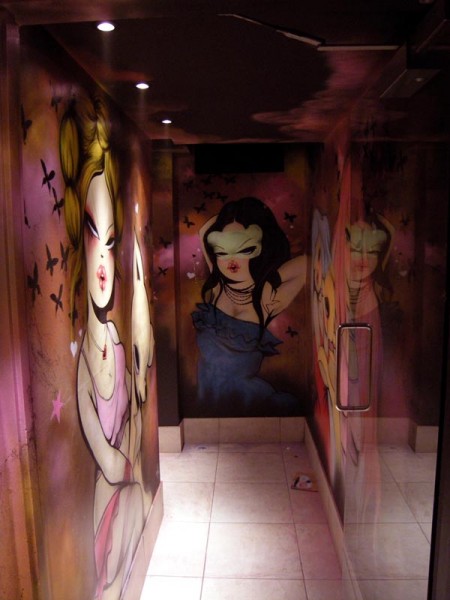 Can you tell us what you’ve been working on recently?
To be honest all our current projects are top-secret.

As a collective, what has been your professional highlight so far?
Making it this far is everything to us. Every time we get paid to do what we love we thank our lucky stars.

Street art and graffiti, is there a difference?
I guess straight up spray-paint onto wall is considered graff and the more fruity stuff is street art, but the lines are so blurred nowadays and we use techniques traditionally associated with both. I believe that whatever makes you stronger as an artist should be embraced.

How do you feel the public’s opinion towards graffiti has changed over the years?
Since a chap called ‘Banksy’ the idea of a graffiti artist being considered an artist in their own right has become more accepted. There is more acceptance now than even as little as 10 years ago. There is still ignorance and government brainwashing that presents anyone with a spray can as a dangerous thug, but every time we paint before the public we turn those ideas on their head.

Which country is home to the best graffiti work?
I love English graffiti. There is always something happening, especially within the London scene that keeps it evolving and fresh, and there have never, ever been any rules. I respect the world scene, specifically LA, New York and Europe but the UK is my home.

If we were looking for the best showcase of graffiti in London, where would we look?
Nothing lasts forever. Some of the legal walls in London look amazing for 10 minutes but then are gone. You just need to keep your eyes open and explore the city.

Which artists should we be looking out for at the moment?
The Graffiti Kings ha ha!

Any advice to those starting out?
Keep drawing. All the time. The sketch is your foundation, if it looks bad on paper it’s not going to look good on the wall. Oh, and wear a mask.

What does the future have in store?
Robots I reckon.

If there’s one message you’d like to portray with your work, what would it be?
Shake it, spray it, love it.

Want to see the Graffiti Kings in action? Then head down to the Croydon Festival this Saturday.