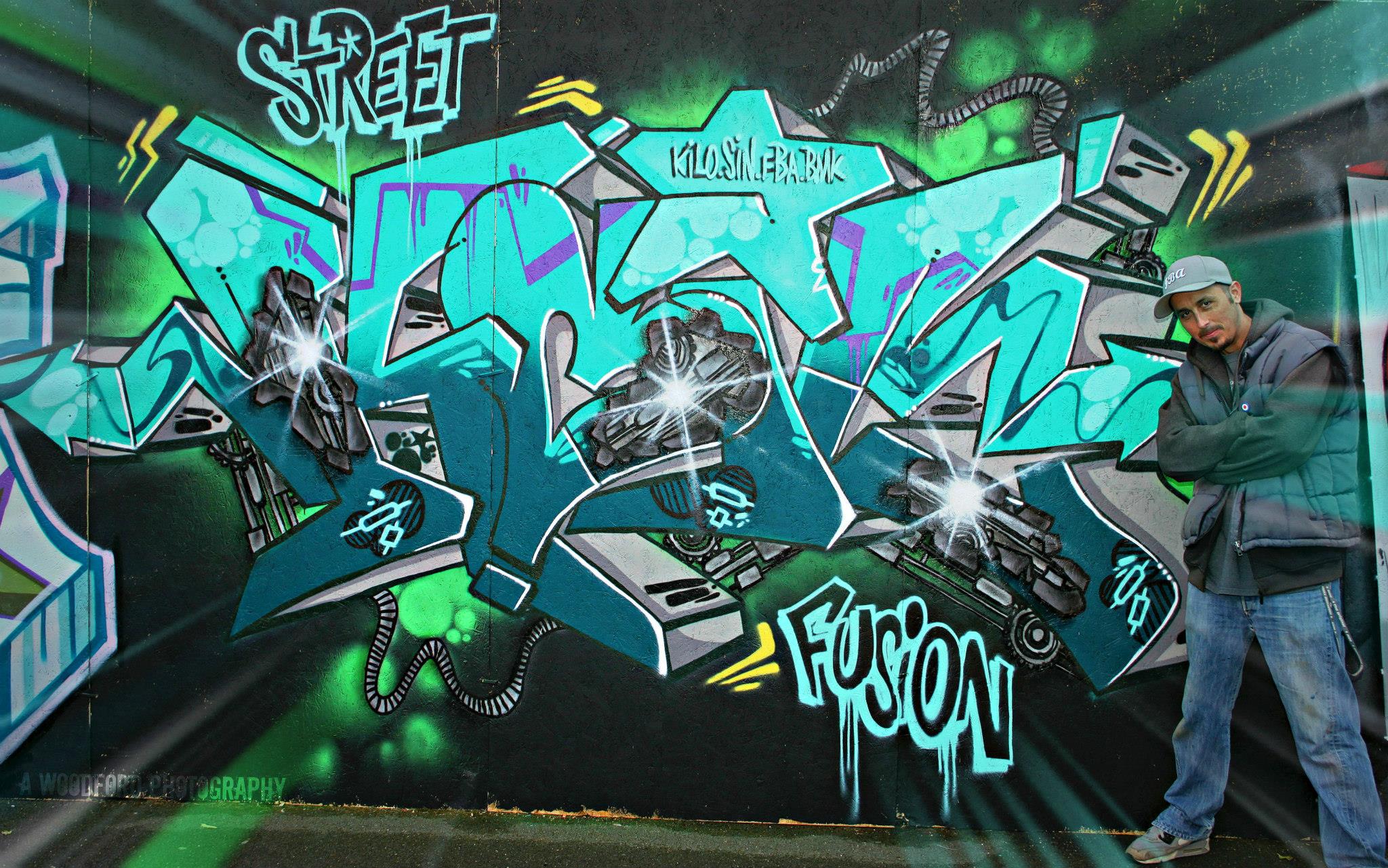 Kilo is a graffiti artist that first started painting back in 1984 and he’s been heavily involved in the game ever since then – whether it be graffiti, breakdancing or just the hip-hop scene in general, he’s been there and done it.

His influence to pick up a spray can came from all the usual sort of things such as “Subway Art” and “Wild Style” but his cousin Zeus, who’s an old London writer that’s relatively unknown in the graffiti world, also made a very big impression on him. 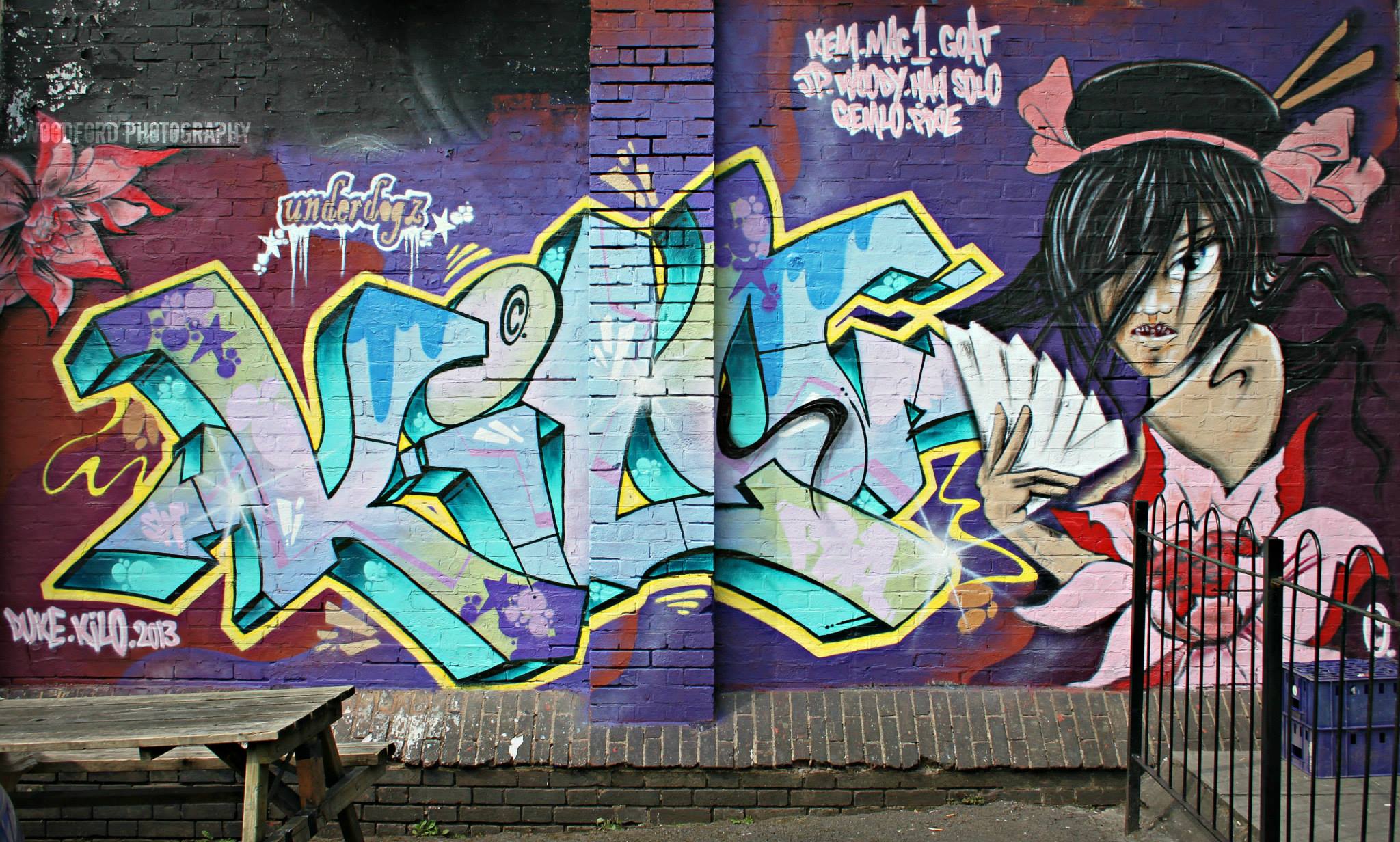 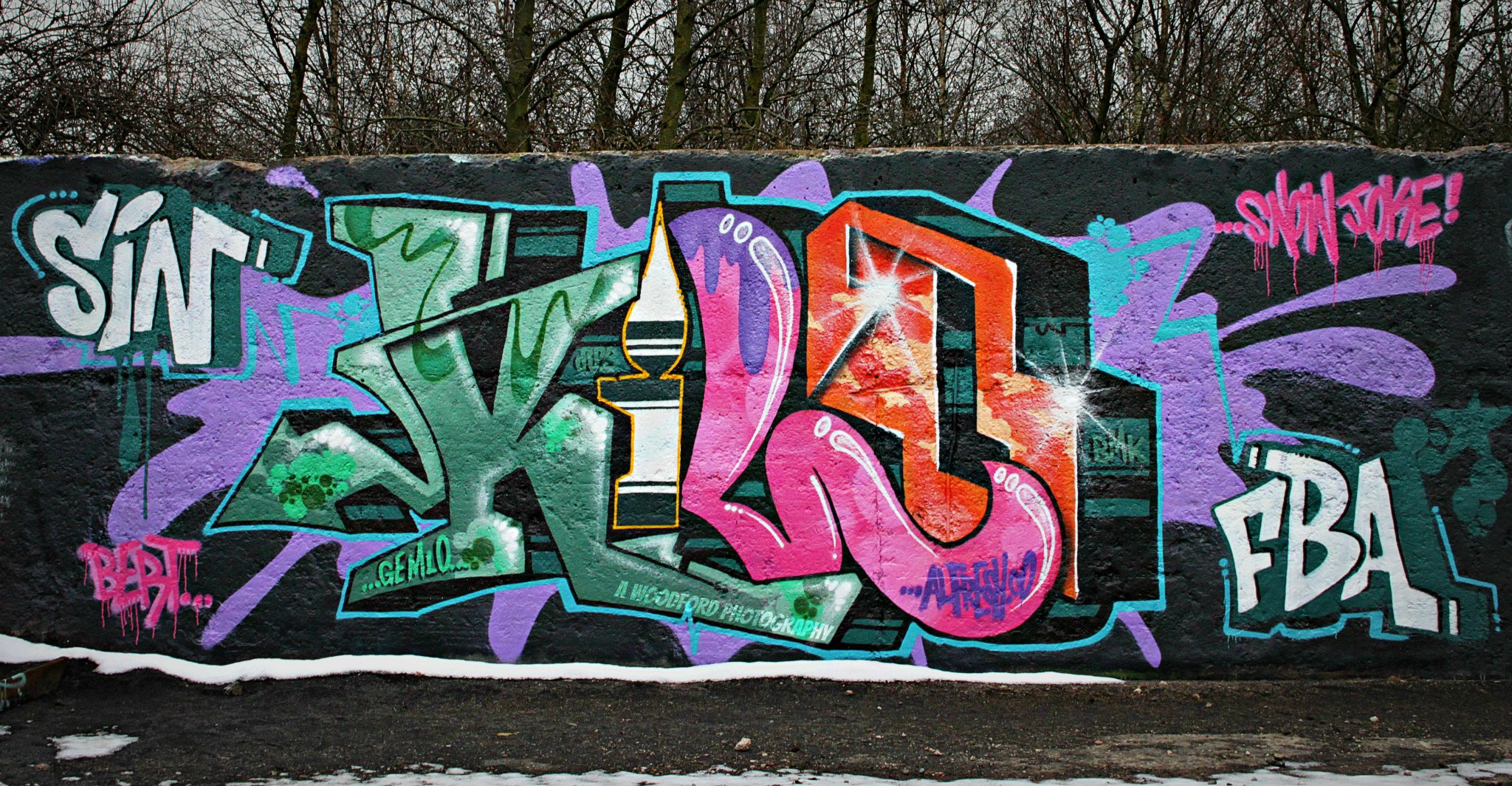 When asked why he chose the name Kilo he answered – “To be honest with you the main reason was because I liked the letters and the flow. A lot of people don’t like the I L O but I always liked playing around with them and it also leads into loads of other different names, you can change it, change the spelling or add to it.” 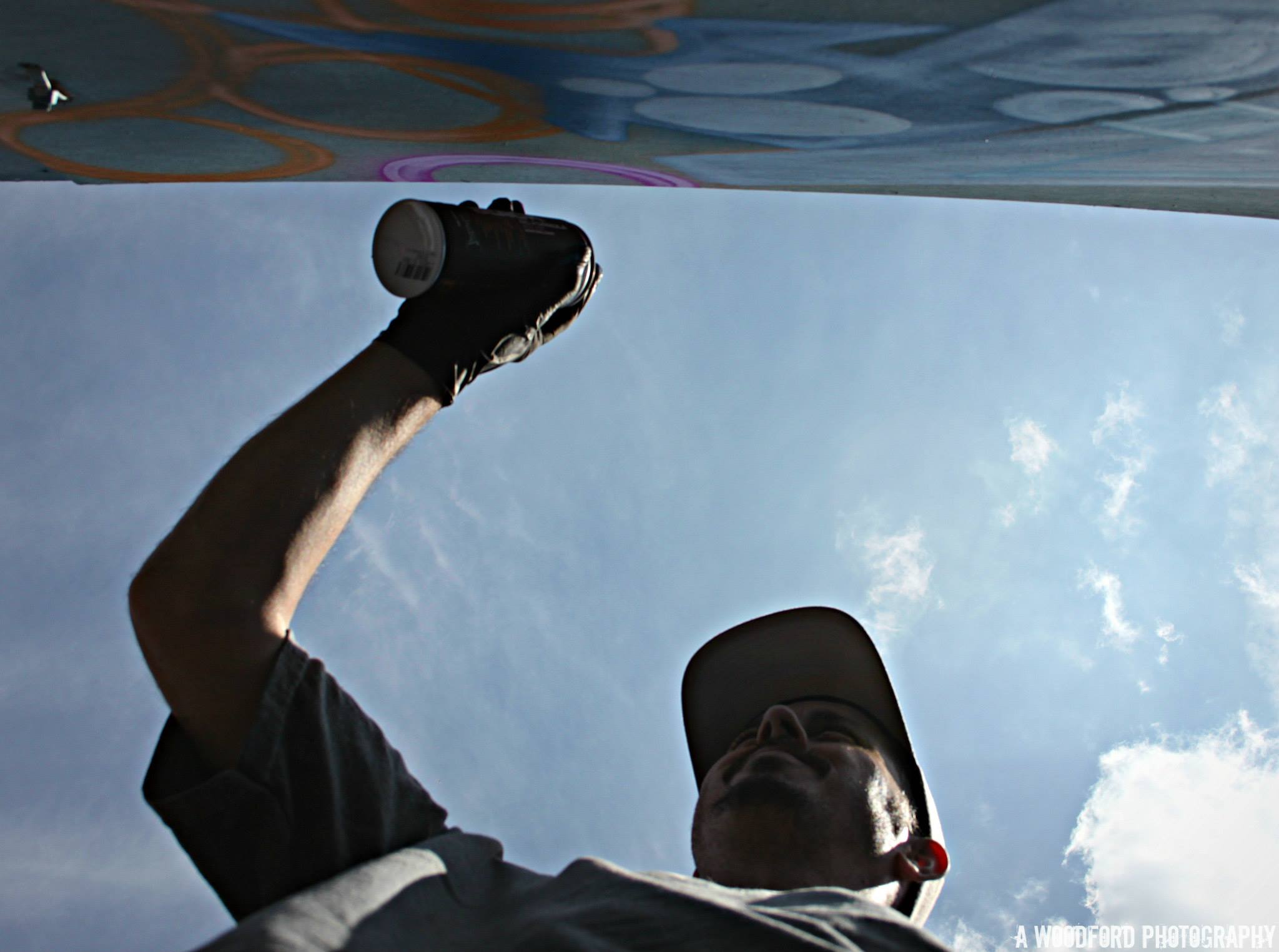 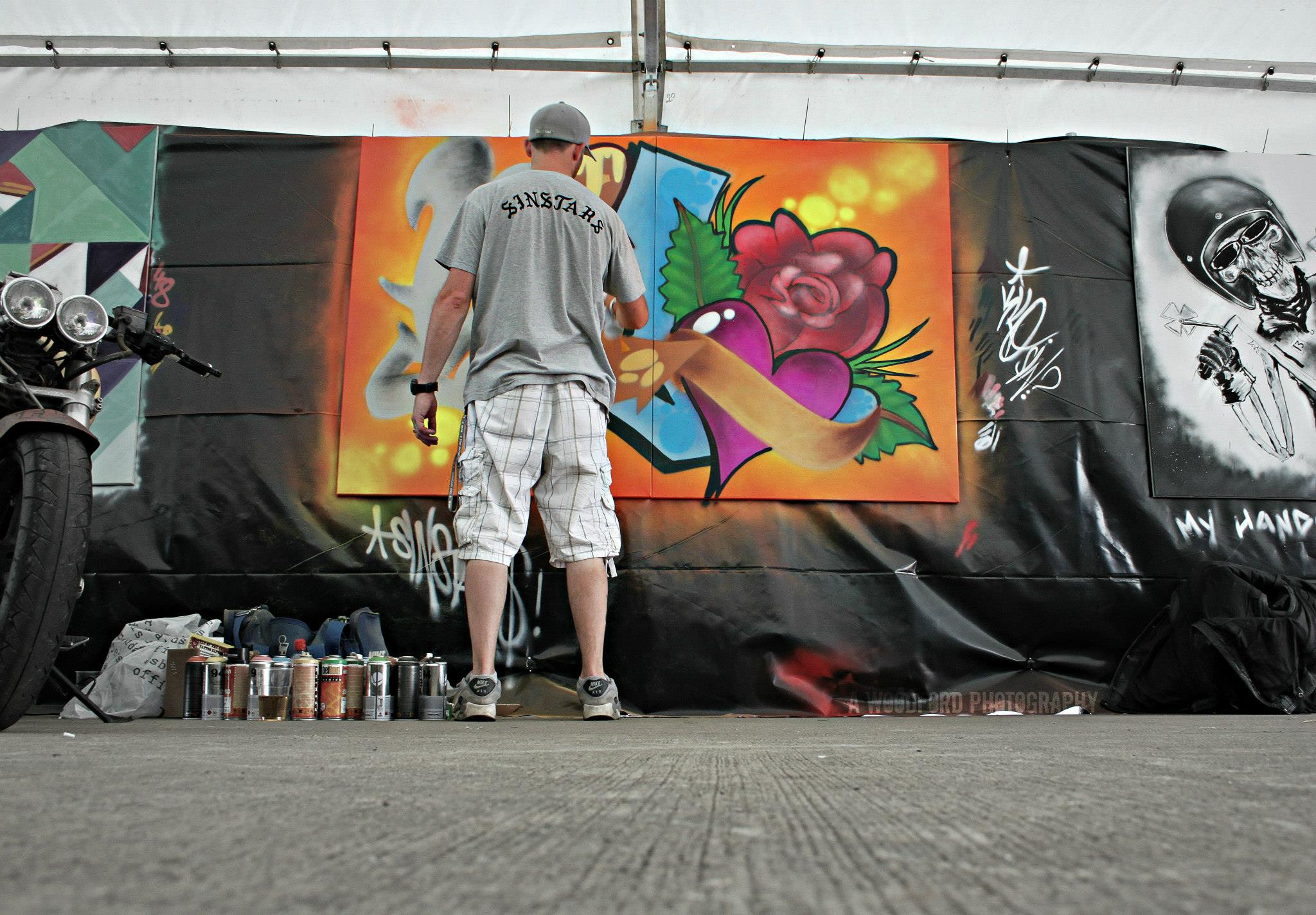 The most memorable moments he has since he’s been writing are things such as painting in New York for the first time and also being able to drop a piece at Hunts Point on TATS Cru guest spot.

His biggest achievement, so far, is getting put into F.B.A (Fast Breaking Arts), which came about completely by surprise. He got a surprise message one day from two of the crew (Spade and Alive5 … RIP) who had been watching his stuff for a couple of years and said that they were thinking of opening up the crew, which is a huge thing considering there’s certain things in the New York scene that just don’t happen. He was put into the crew along with Dime1 from North Wales and the rest is history. 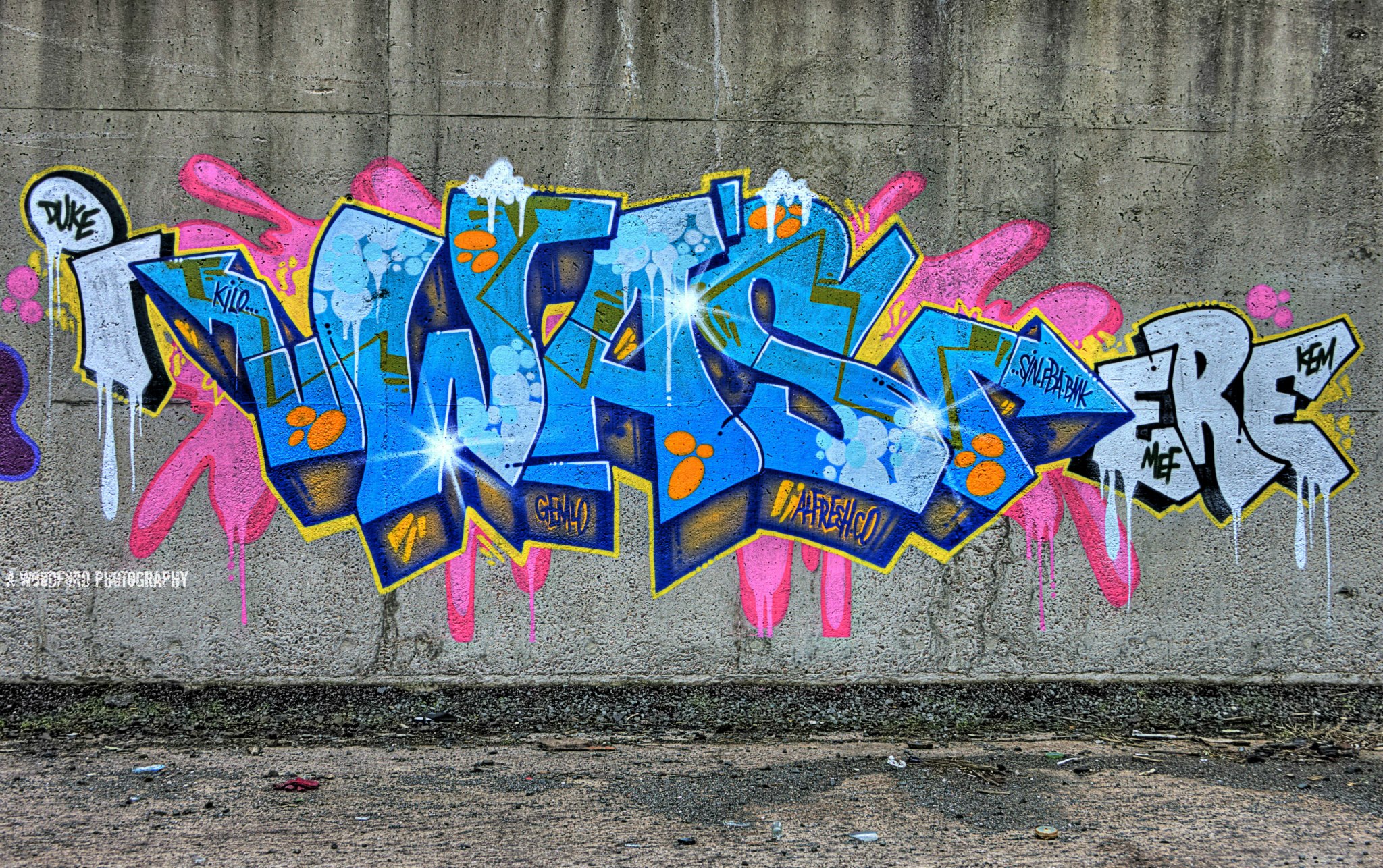 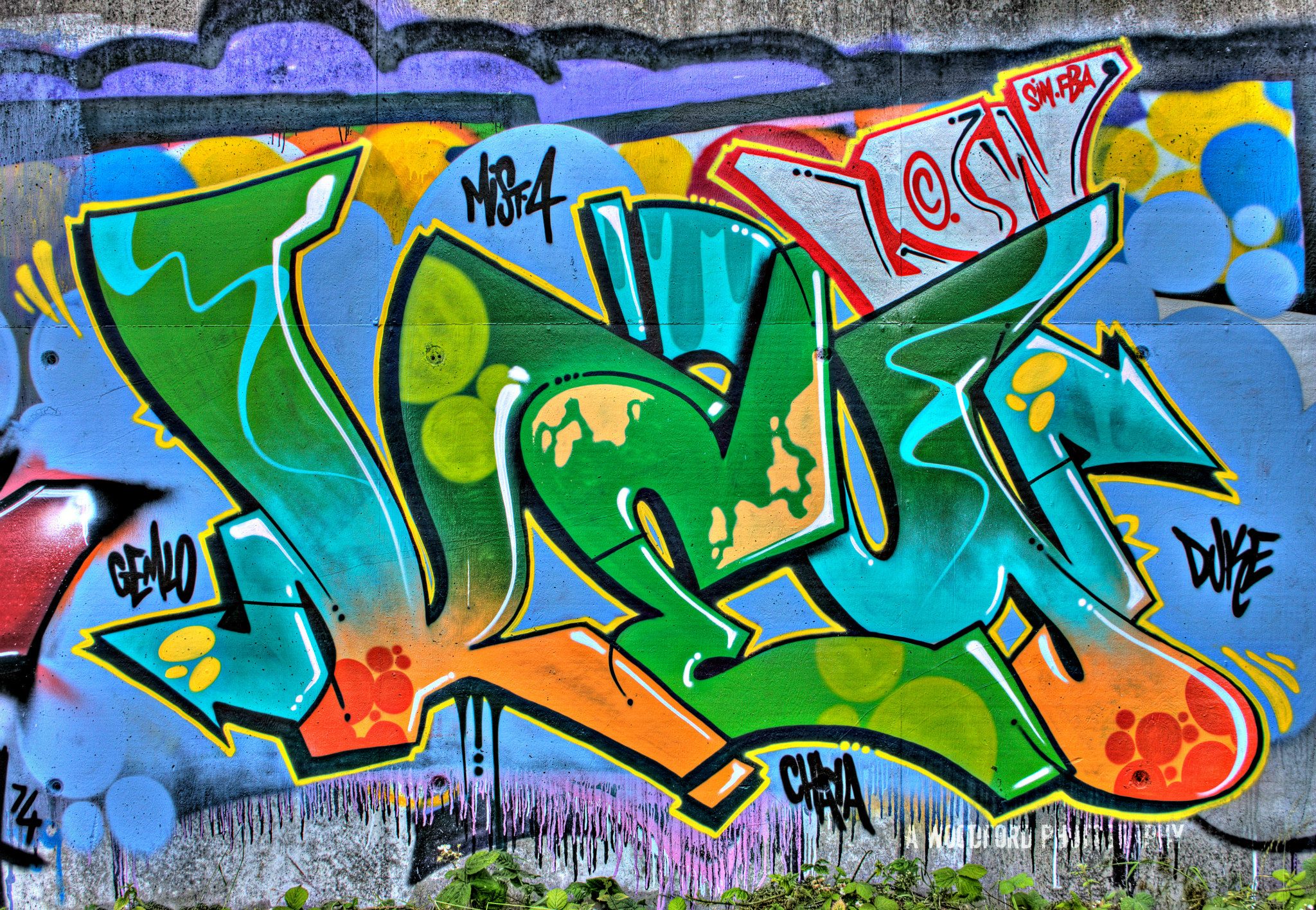 Kilo loves being able to transform something from nothing and it’s been a massive part of his life and he certainly doesn’t see himself from not being involved in the graff game – even when the time comes that he’s physically not able to paint anymore he will still be involved in some way, shape or form.

The one thing he would love to get into is lecturing at art colleges and places where graffiti has become more accepted and has even been used in graphic design, he’d love to be able to get into these areas and share his experience and the history behind graffiti. 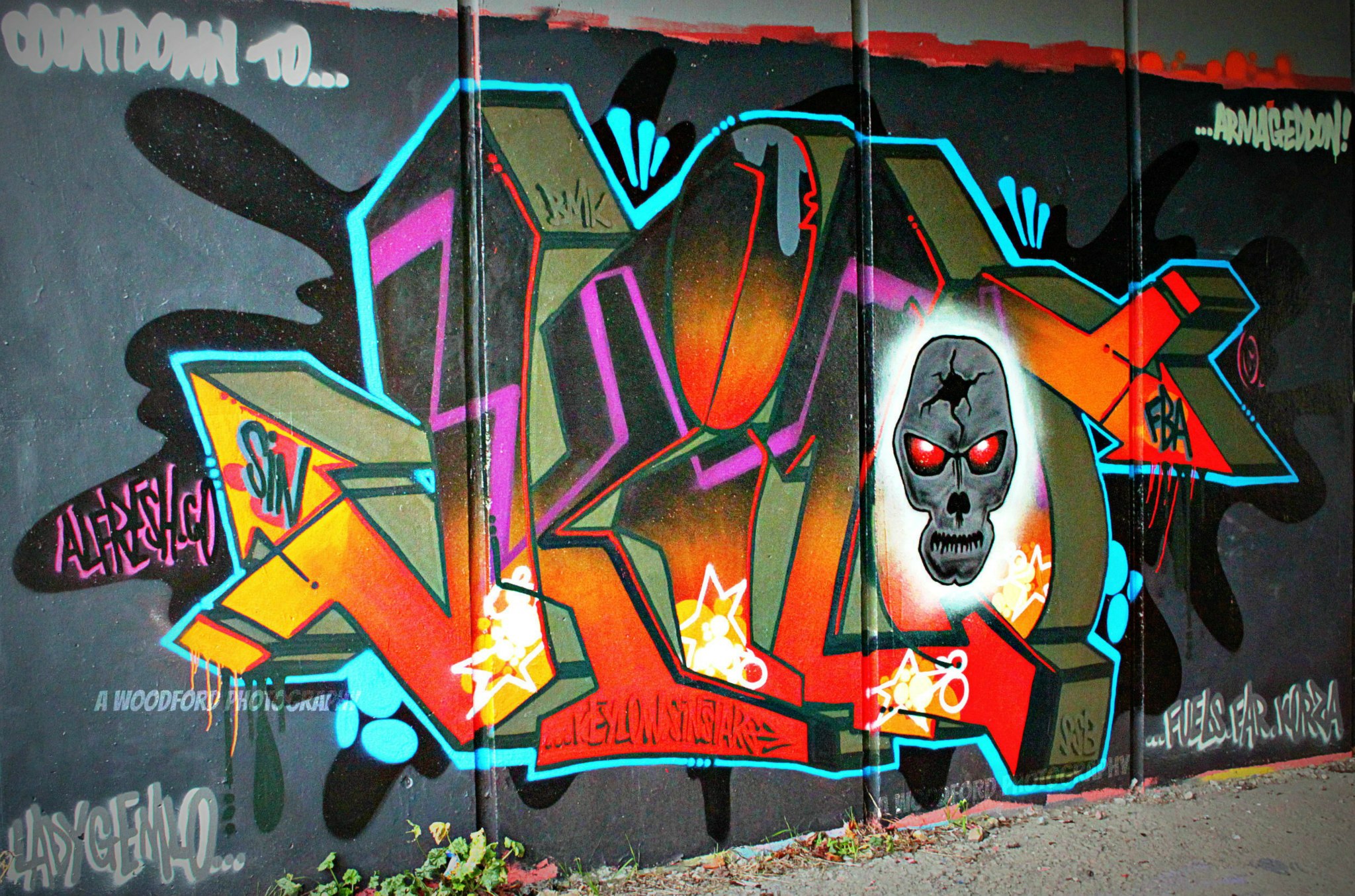 Kilo is also a respected teacher of graffiti, as well as a writer, and is known for running workshops around the country and some of his ex pupils are now running their own workshops as well.

If you wish to know anymore about him or you want him to paint or design something for you, or maybe run a workshop, then please contact him here:

And don’t forget to check my page for more shots of graffiti and street art:

Thank you for taking the time to read this post.