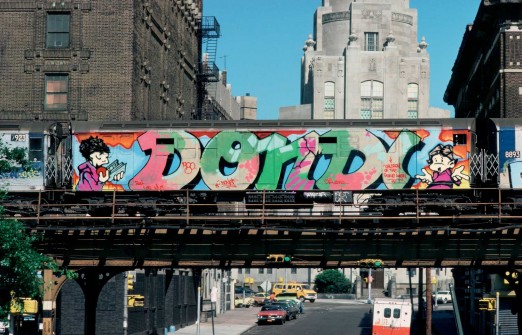 In this post we honour one of the true Legends of graffiti, Dondi. Rest In Peace …

Donald Joseph White, “DONDI” (April 7, 1961 – October 2, 1998) is considered one of the most influential graffiti artists in the history of the movement.

He tagged using “NACO” and “DONDI”, and worked on refining his style, gradually moving from simple tagging to building more elaborate pieces. Using the name Dondi (a nickname that his mother had given him) was considered very risky at the time, as the Metropolitan Transit Authority and the New York police were trying to crack down on writers. In 1979, Dondi officially adopted his name when he painted a giant piece on the roof of his house.

Dondi pioneered many of the styles and techniques still used by modern graffiti artists to this day but he really wanted the public to be able to read and enjoy his work, so he would focus on readable letters with intricate fills and characters – He would often do wildstyle pieces for the benefit of other writers and because his work and personality stood out in the culture he then became a star among graffiti writers. 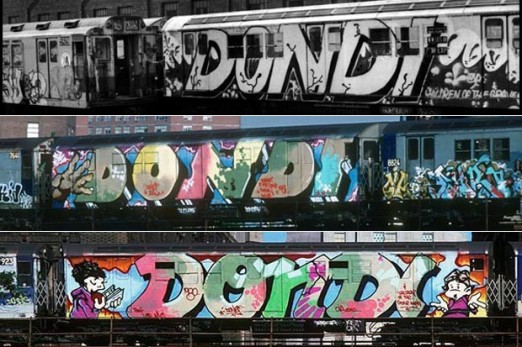 His most famous work was Children of the Grave Parts 1, 2 and 3 (which is the above image) – three whole cars on the New York subway in the years 1978–1980. The name of the piece was taken from a Black Sabbath song and on the final piece, Dondi adopted the cartoon characters from the late Vaughn Bode. Dondi went on to recreate “Children of the Grave” legally in 1986, when he was commissioned by the Art Train project – twelve graffiti writers were flown into an Amtrak train yard in Michigan to paint trains. 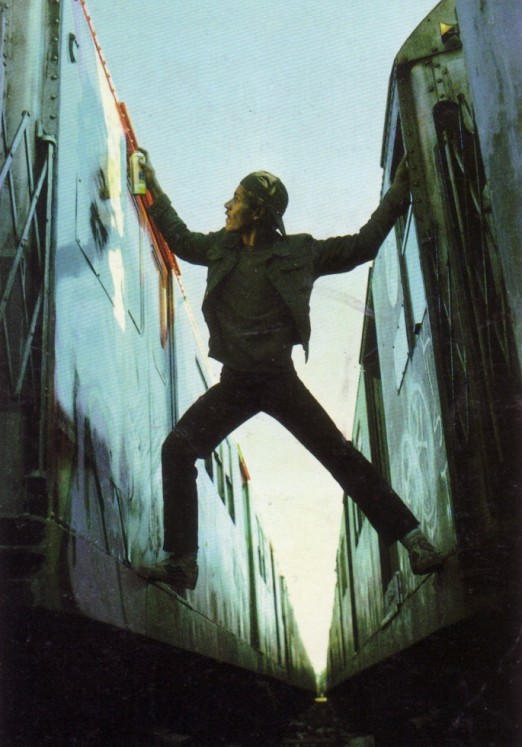 He was the first graffiti artist to have a one-man show in the Netherlands and Germany, and his work is collected by European museums. After his death in 1998, Dondi’s brother Michael and his fellow graffiti writer, Zephyr,  collaborated on the book “Dondi White: Style Master General, The Life of Graffiti Artist Dondi White” and he can be also be found in the iconic book “Subway Art” by Martha Cooper and Henry Chalfant (which is where the above image is taken from).

The above piece was something that I got to see for my own eyes and still stands up as one the greatest tributes to a true Legend that I have ever seen – the artists that created it are Kem and Mef and here are their links:

If you do need anymore information from myself then please feel free to contact me here:

Thank you for taking the time to read this post.