Beats have teamed up with Barry McGee to collaborate on a version 2.0 of their popular portable speaker, the Beats Pill. For those of you who know McGee aka Twist, you’ll know characters make for some very fine artwork, no matter the canvas.

Born in 1966 in San Francisco, McGee learned his lowbrow style from Margaret Kilgallen, but was taught graffiti in 1989 by SR-1, mentor to both Barry McGee and artist “Dan Plasma”, and the founder of the THR graffiti crew, of which Barry was the second member.  In 1991, He received a Bachelor of Fine Arts in painting and printmaking from the San Francisco Art Institute.

Barry became a hugely popular painter and graffiti artist whose works has been exhibited in locations including the Walker Art Centre, San Francisco Museum of Modern Art and the UCLA Hammer Museum.

He’s turned his hand to customising the speaker with a black, red and cream geo pattern and a character who rests on his head – there seems to be some connection between the shape of the pill and the face. The speaker, compact and small is perfect for use at home, either as a replacement for your current stereo/radio in your bedroom or as an extra speaker for your lounge, it’s small enough to pop in your bag and take on your travels, music on the move.

You can easily pair the speaker with your phone by simply tapping the phone on the speaker, creating a bluetooth connection – to stream whatever you’d like from your iPhone. No need to get up and control the tracks from the speaker – you control the music from your phone, from up to 30 feet away. No bluetooth? Simple, use the audio cable provided to connect your device and speaker and the music continues.

You can pick yours up from the Beats site. 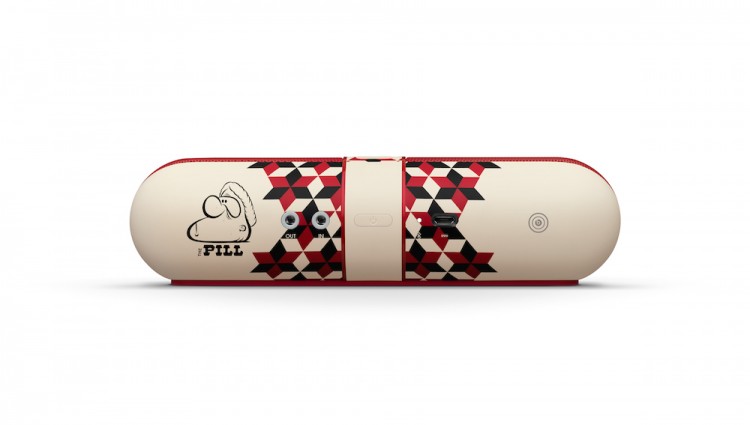 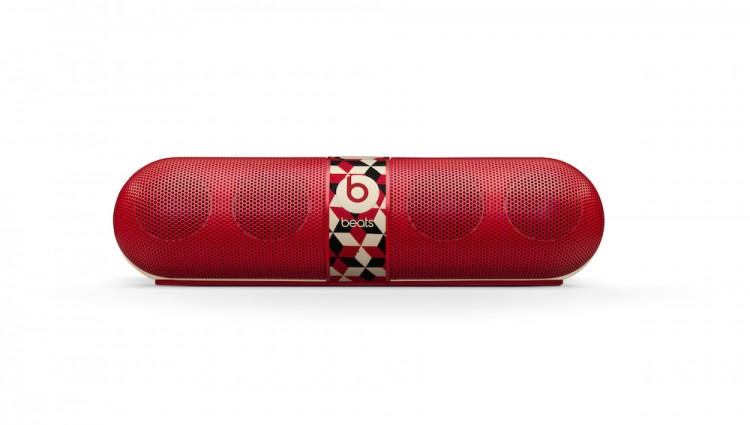