This December sees the release of Bomber Jackets, a special limited edition publishing project based around the successful stencil books The Street Art Stencil Book and Stencil Republic, featuring unique works from twenty of the world’s leading and emerging urban artists.

The project was conceived by Ollystudio and sees artists create limited editions of 50 covers for the book published by Laurence King. Each of the artists have been asked to produce bespoke works for the book jackets, using stencils, screen print and hand spraying techniques. 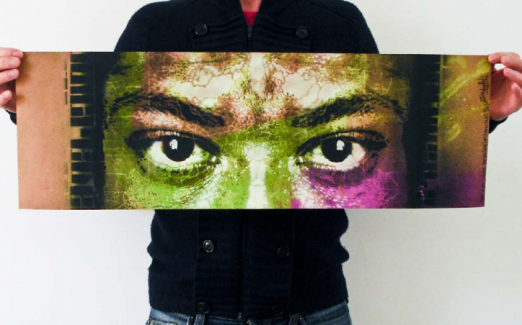 The book will be released in editions over the coming months, launching to coincide with Christmas in just a few weeks. Each edition, priced at an RRP of £70 will come with a signed and numbered jacket, packaged with a certificate of ownership.

The first five editions will be on sale from December via www.ollystudio.co.uk and www.laurenceking.com. Punters will also have a chance to purchase at the launch event and pop up shop at The Griffin pub on Leonard St, London on 6th December. The event is free entry, there will be DJs and artists present to sign copies of the editions.

Released in 2010 and 2012 respectively, The Street Art Stencil Book and Stencil Republic have sold over 30K copies and are stocked in outlets including Magma, Foyles, Rough Trade, Blackwells, Walther Koenig, Start Men’s Shop, Artwords, Design Museum. They are devised and curated by Ollystudio and published by Laurence King.