Now you should all be familiar with above piece of graffiti because it’s “Future World Machines” by Goldie and was selected by Henry Chalfant to be one of those representing the UK, for his 1987 book “Spraycan Art” about the best graffiti from around the world.

“Future World Machines” was originally created live as a showcase work for the public at “Night Writers” which was the Supreme Graffiti Team’s first gallery show, Wolverhampton Art Gallery, August 1986 and it was inspired by imagery from the film “Blade Runner”.

(The Supreme Graffiti Team consisted of Goldie, Birdie (seen below) and Lewinski and it was one of the main crews that Goldie was a part of during his early painting years)

Now what you’re probably not aware of is that this piece has recently been recreated in Wolverhampton, West Midlands (Goldie’s hometown) by local graffiti artist, Skema.

Skema has always wanted to try and recreate this piece, as a tribute to Goldie, because he grew up watching Goldie paint and he has always been an influence on his artistic career – when the opportunity to paint it in Wolverhampton came along, he took it. 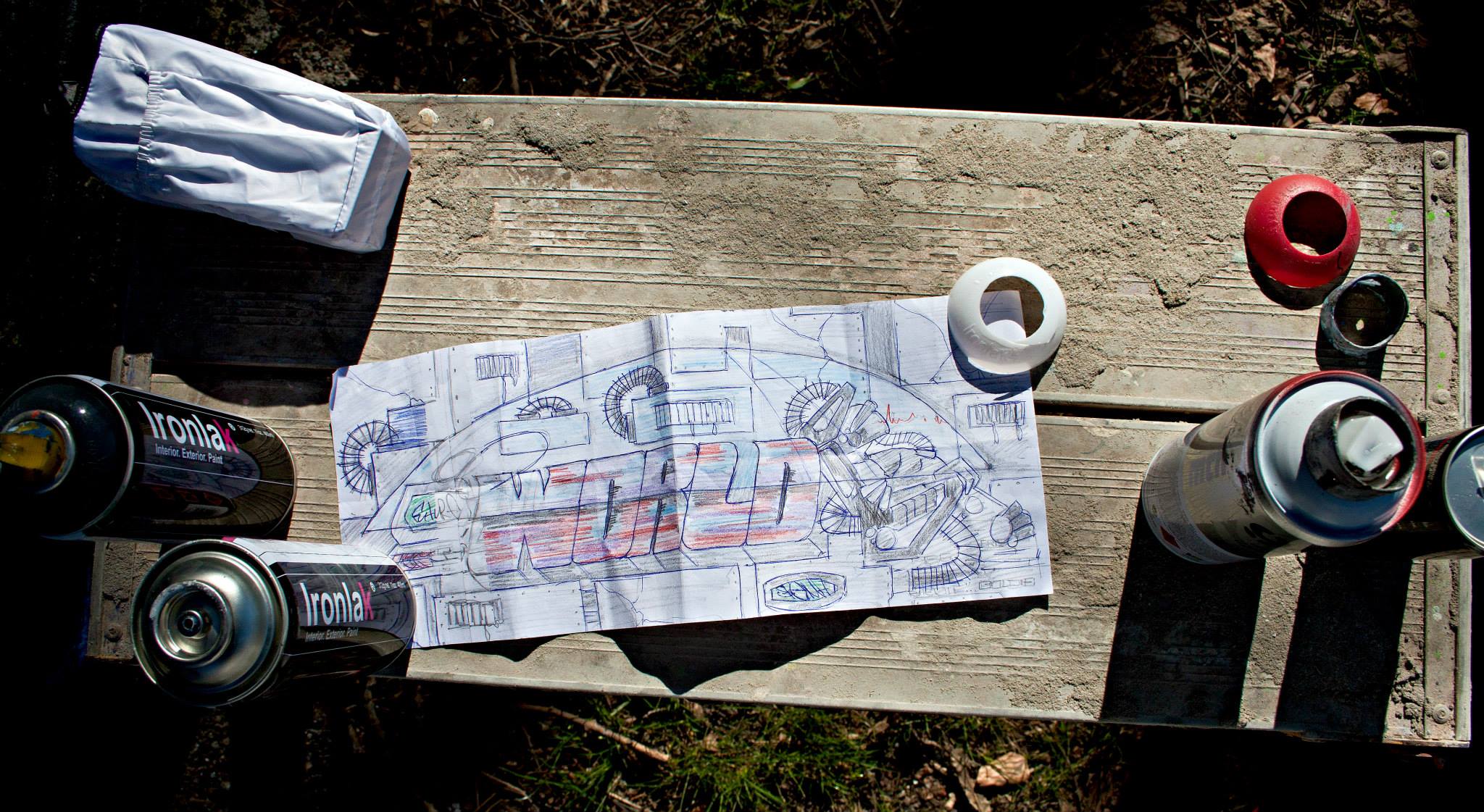 When this piece was originally created Goldie used a blend of colours that he’d had custom mixed to his own specifications at a car paint business in Walsall, West Midlands who actually allowed him into their workshop to oversee the process personally.

As we all know there is a lot more variety of colour and brands of aerosol spray paint available these days so Skema was able to get the colours, as close as possible, by using the likes of Montana 94, Belton and Ironlak. 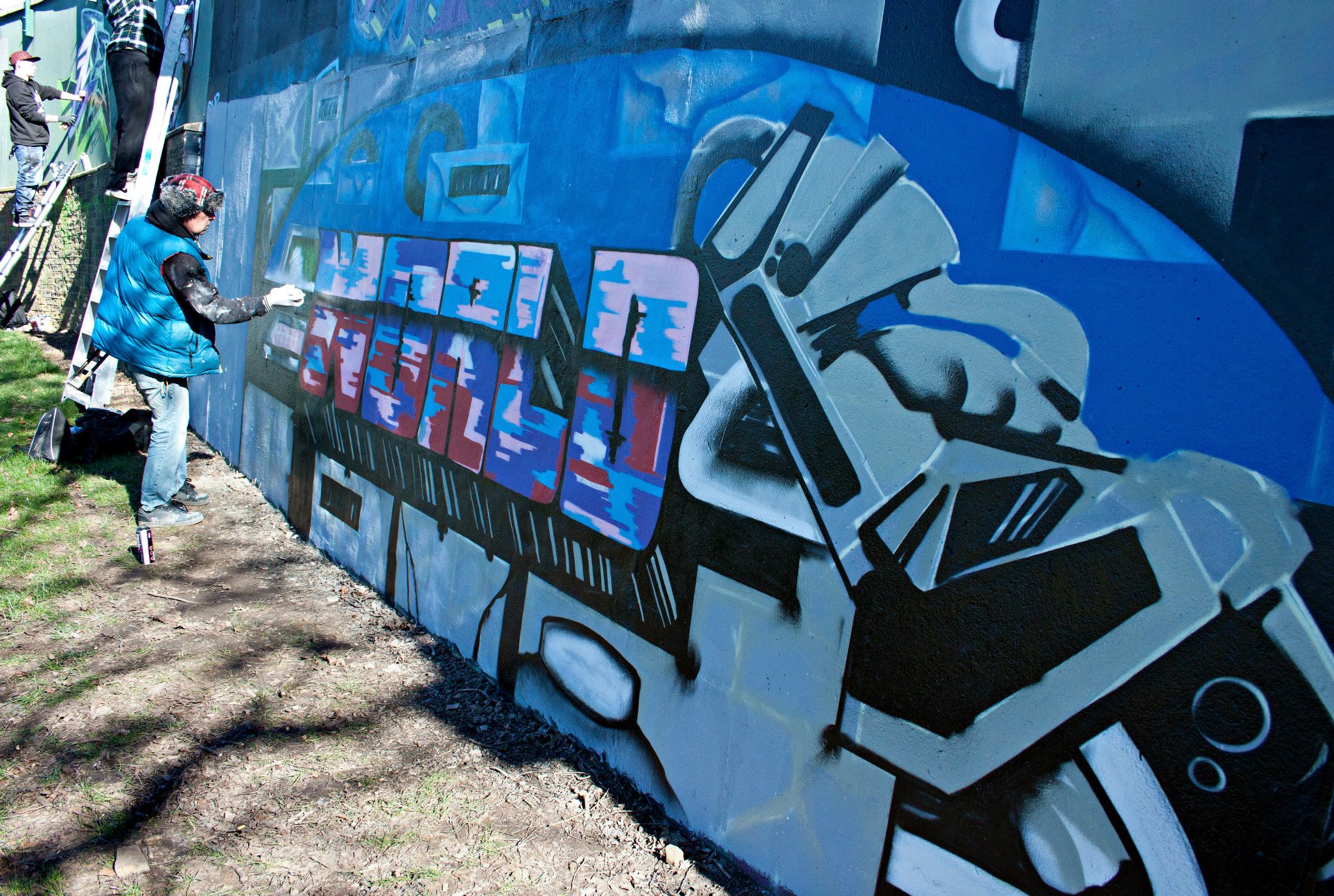 We think that Skema has done an outstanding job and we are aware that Goldie has seen this because he recently retweeted an image of it that was sent to him – we’d love to know what he thinks about it.

As usual you can always message us here at UK Street Art or myself at the below address if you have any questions:

Big thanks to you all for taking the time to read this post.