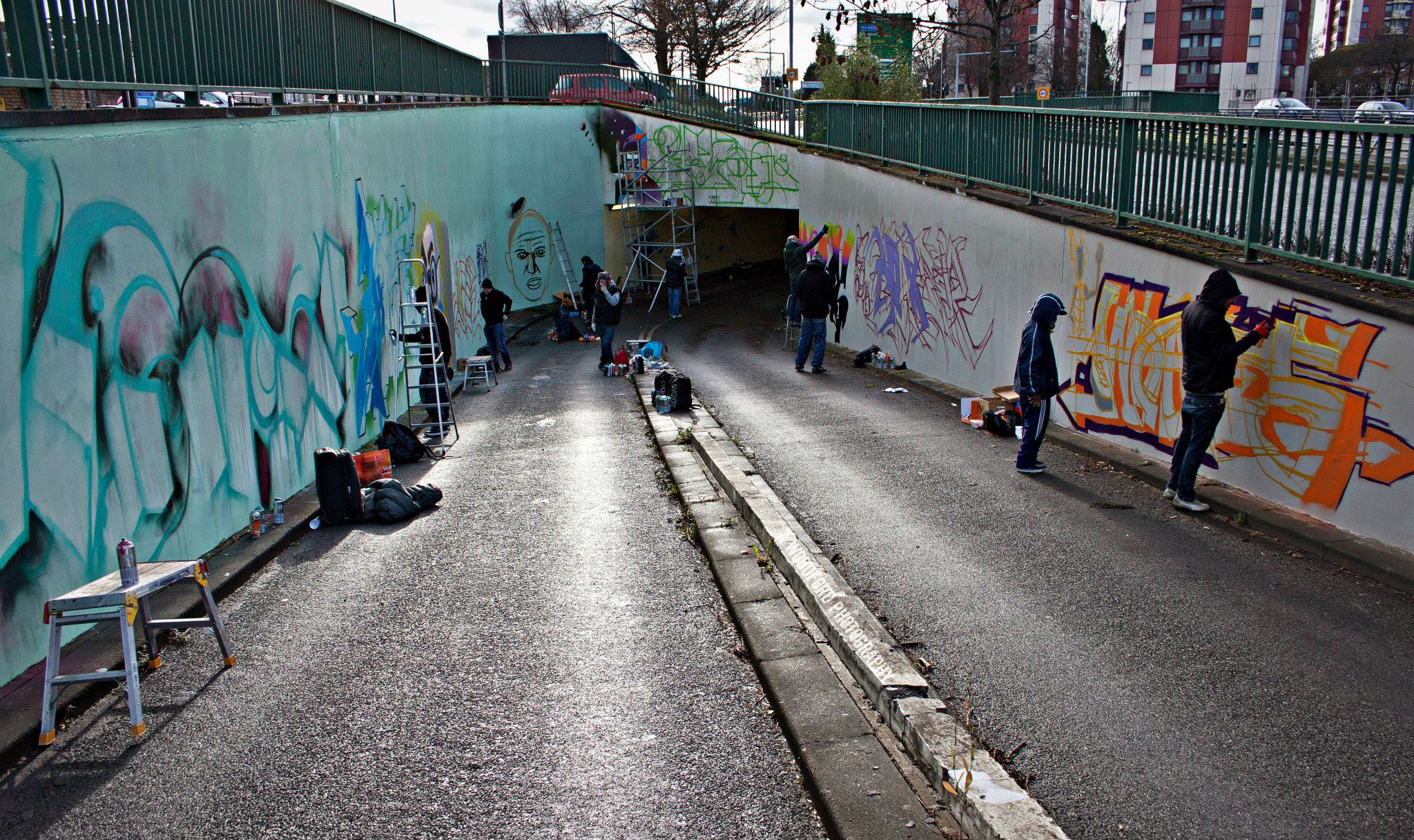 The Peel Street Project is something that has took over two years to get the final go ahead from Wolverhampton City Council and it now means that a run down subway, in the heart of Wolverhampton itself, has now been transformed into a huge art gallery – with the help of a lot of graffiti and street artists from across the UK.

The entire project has been a labour of love for one man, Paul Pilgrim, and we caught up with Paul to have a chat with him about it. 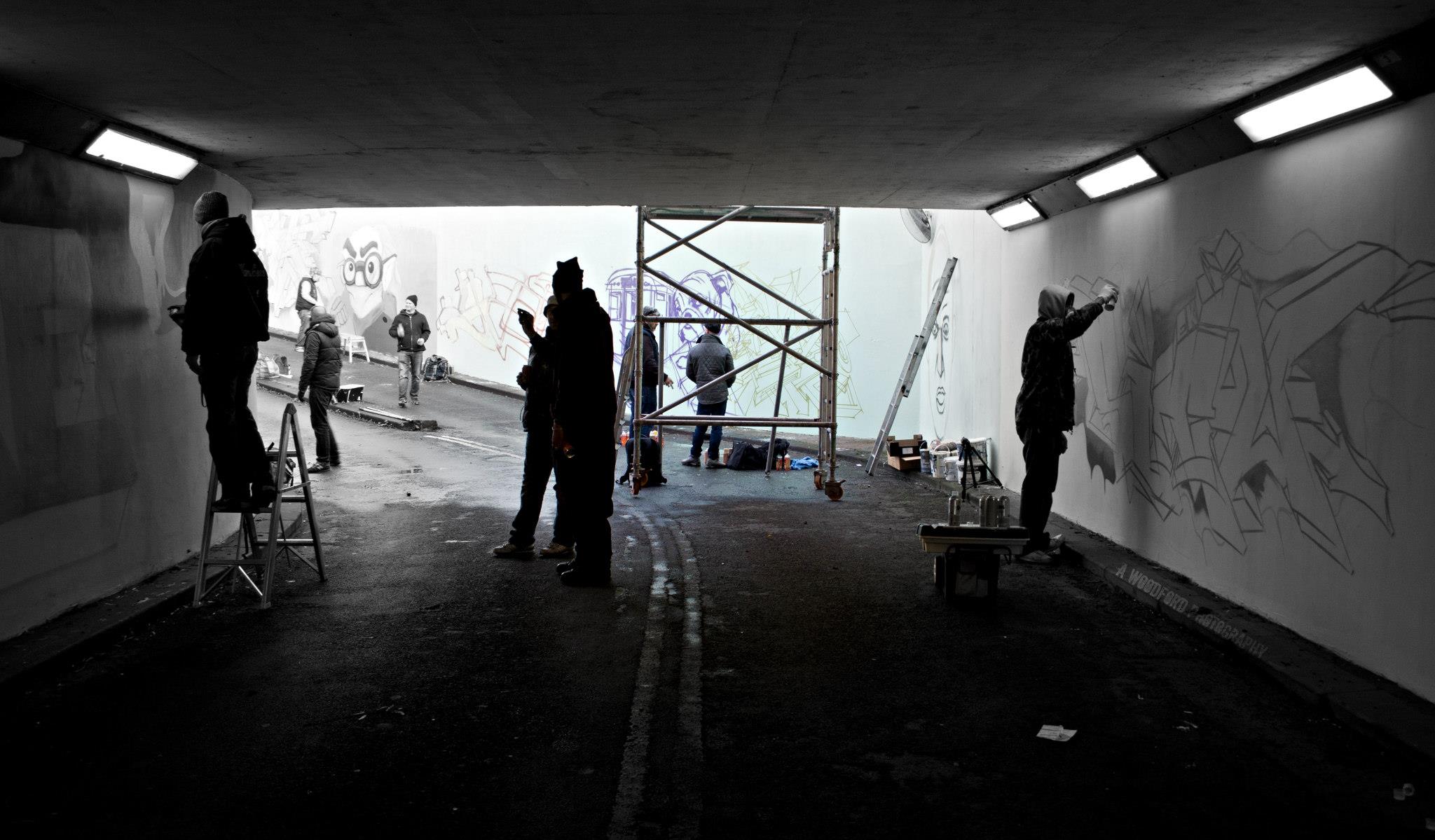 “The Peel Street Project has been a huge success in my eyes, a project that has been in the making now for the best part of two and a half years, from when I first contacted the council to try and get a legal art space underway in Wolverhampton.

Many years ago the city was at the epicentre of the graffiti scene, this was in the late eighties and early nineties, when iconic painters Goldie and Temper burst onto the art scene whilst originating from the Wolverhampton graffiti scene themselves.

My goal was to succeed in obtaining a legal graffiti space, where artists would be able to take their time on pieces they wanted to create and paint at free will, enabling them to produce works of art of the highest quality and in doing so showcase to the public what graffiti/street art has to offer to the world.” 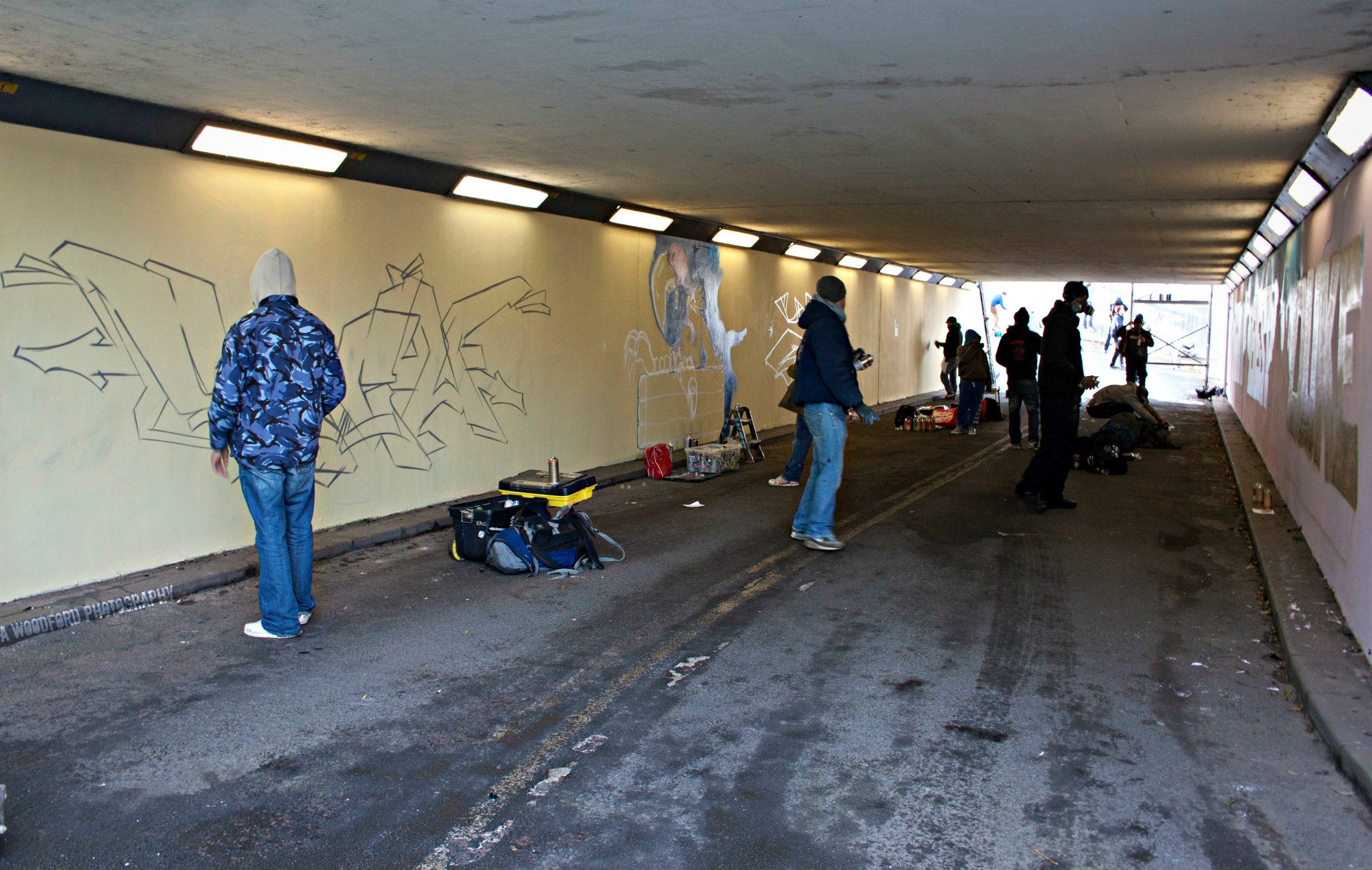 “Graffiti art is now, quite rightly, recognised as an art form rather than a form of vandalism, attracting a wide range of interested parties, from art critics to the average person on the street.

There is currently a huge market for urban art creations in all it’s forms when once it was more of a back street form of self expression, with artists ducking and diving to produce a quick half hearted hour long throw up or bomb.” 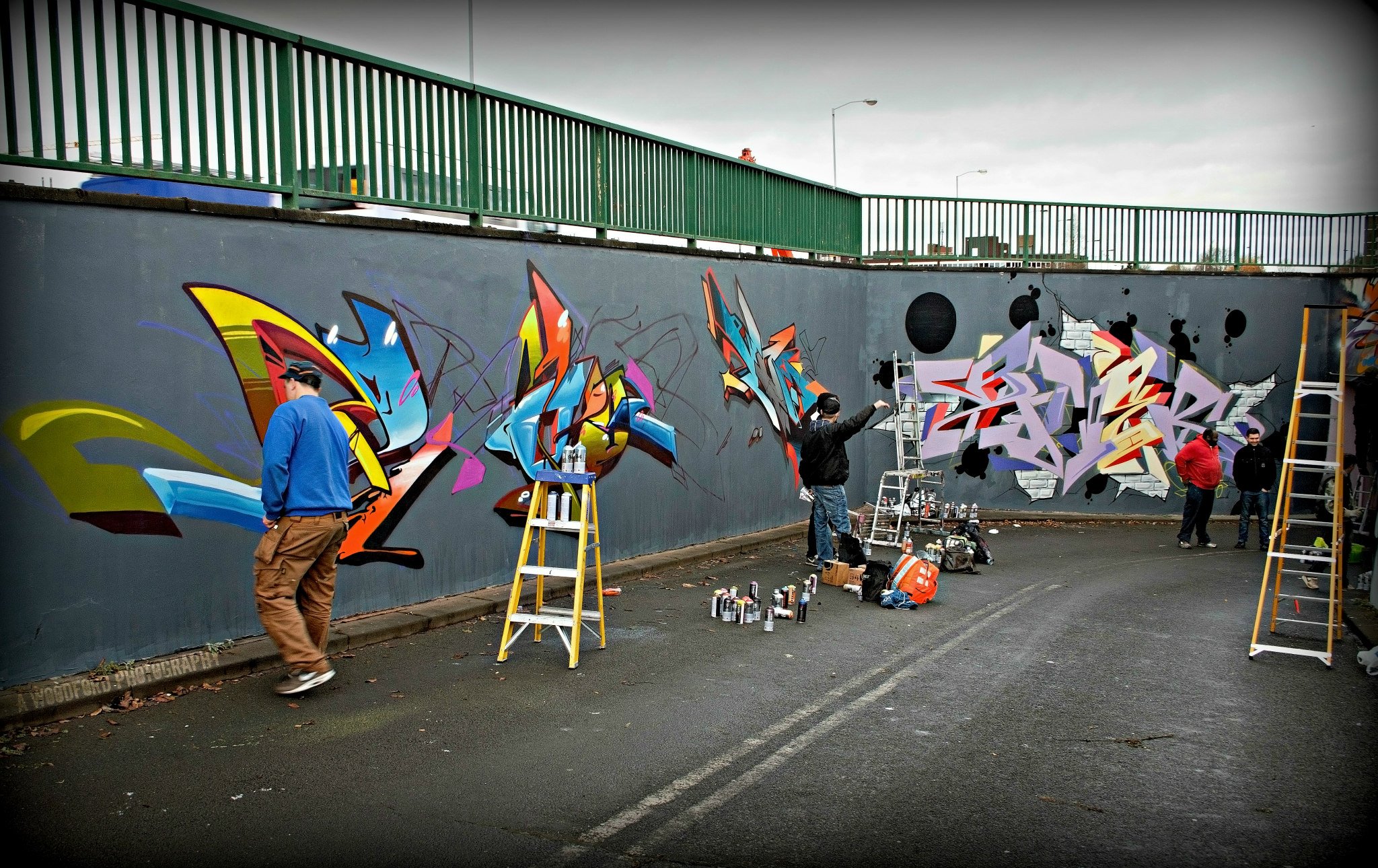 “Once my written proposal was given the go ahead, I pursued the support of 30 of the most talented street artists whose work was respected and admired by the urban/street art community. I approached artists known locally as well as further afield from areas such as Worcester, Manchester, Cardiff and Sheffield to come together with the challenge to, in one day, transform this rundown underpass into a multi coloured masterpiece.

I was also very aware that this project could be the first of many to develop the outskirts of the city and transform Wolverhampton’s degenerated subways and underpasses, so obviously I wanted it to be successful.” 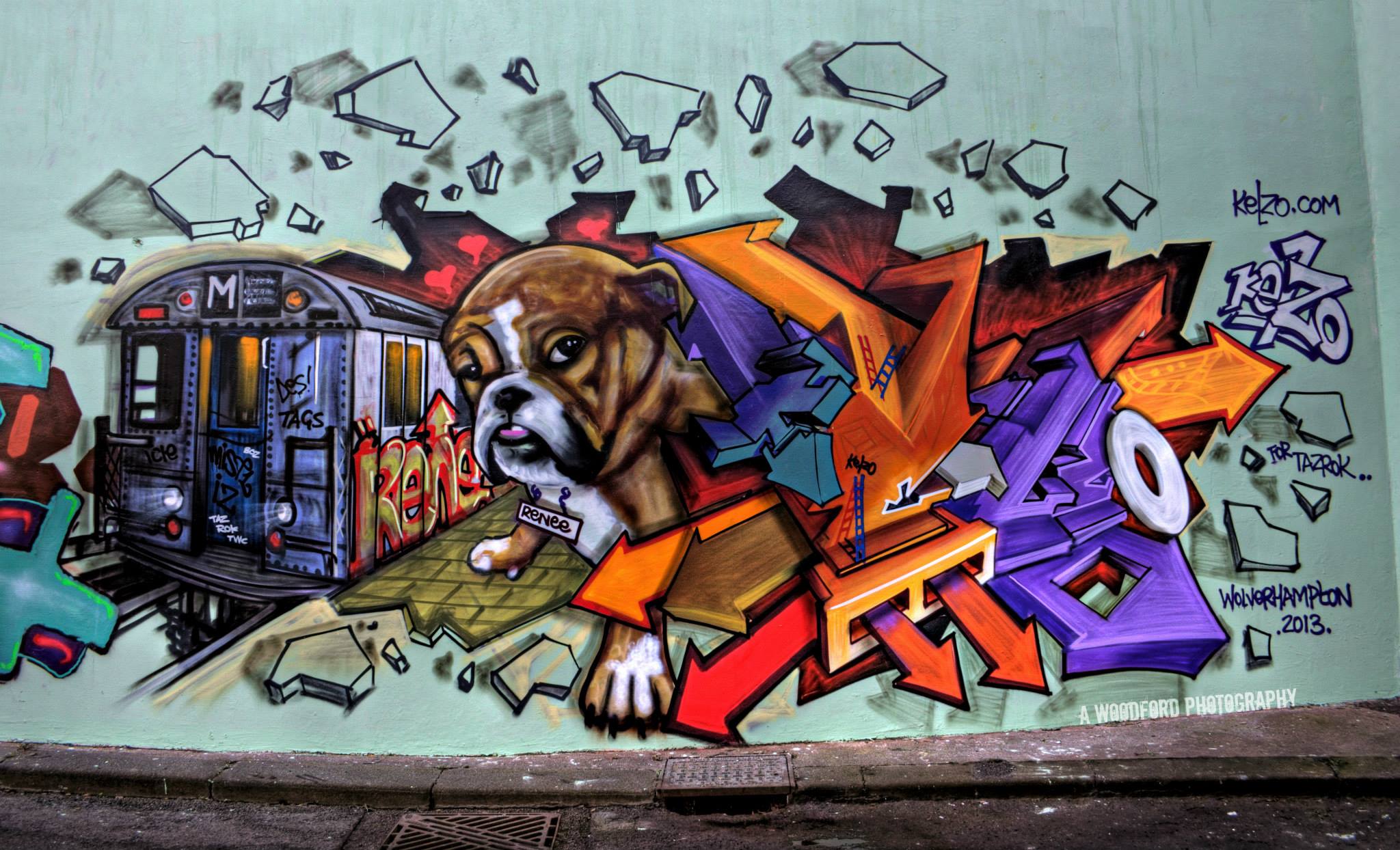 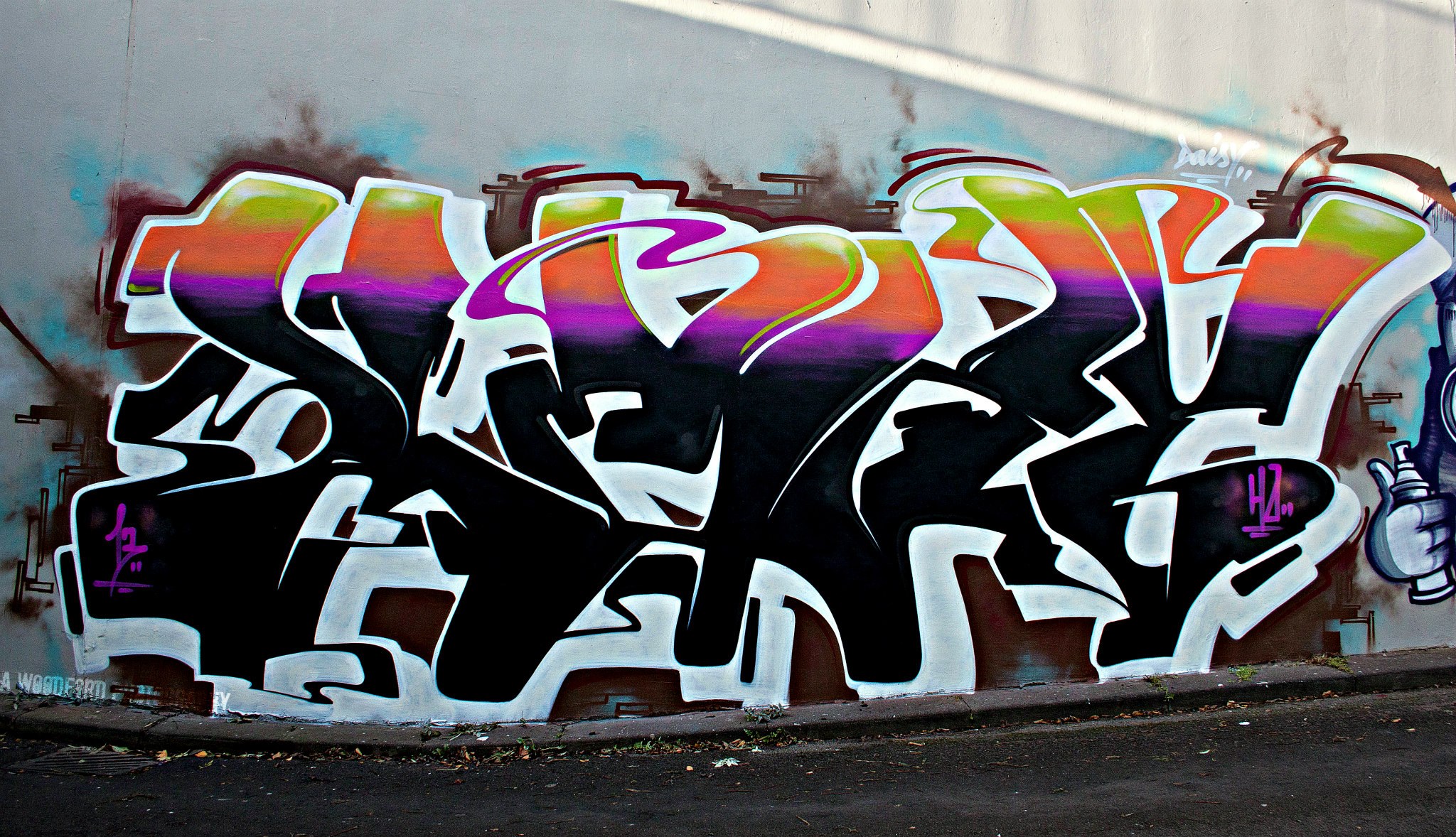 “The council had seen examples of the quality of work that would be created beforehand as part of the initial proposal but were awaiting the outcome of the project and the finished pieces before authorising more project sites.

In order to ensure that the sites are painted to an exceptionally high standard, each site I am involved in are run on an invite only basis, my main aim, and what I hope I have created, is a space where like minded artists can go to create their artistic vision and to display their talent for many to enjoy, without fear of consequences.” 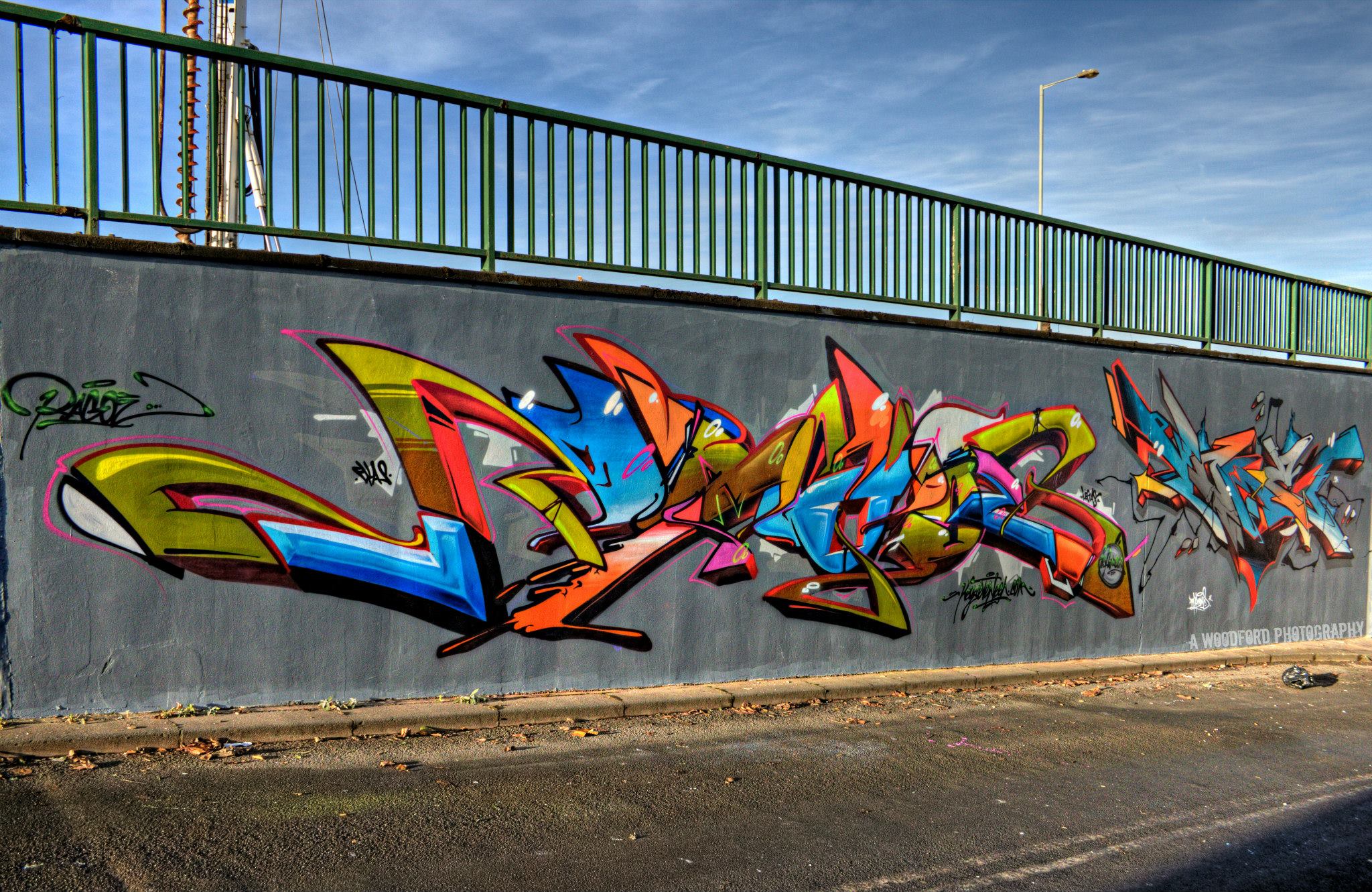 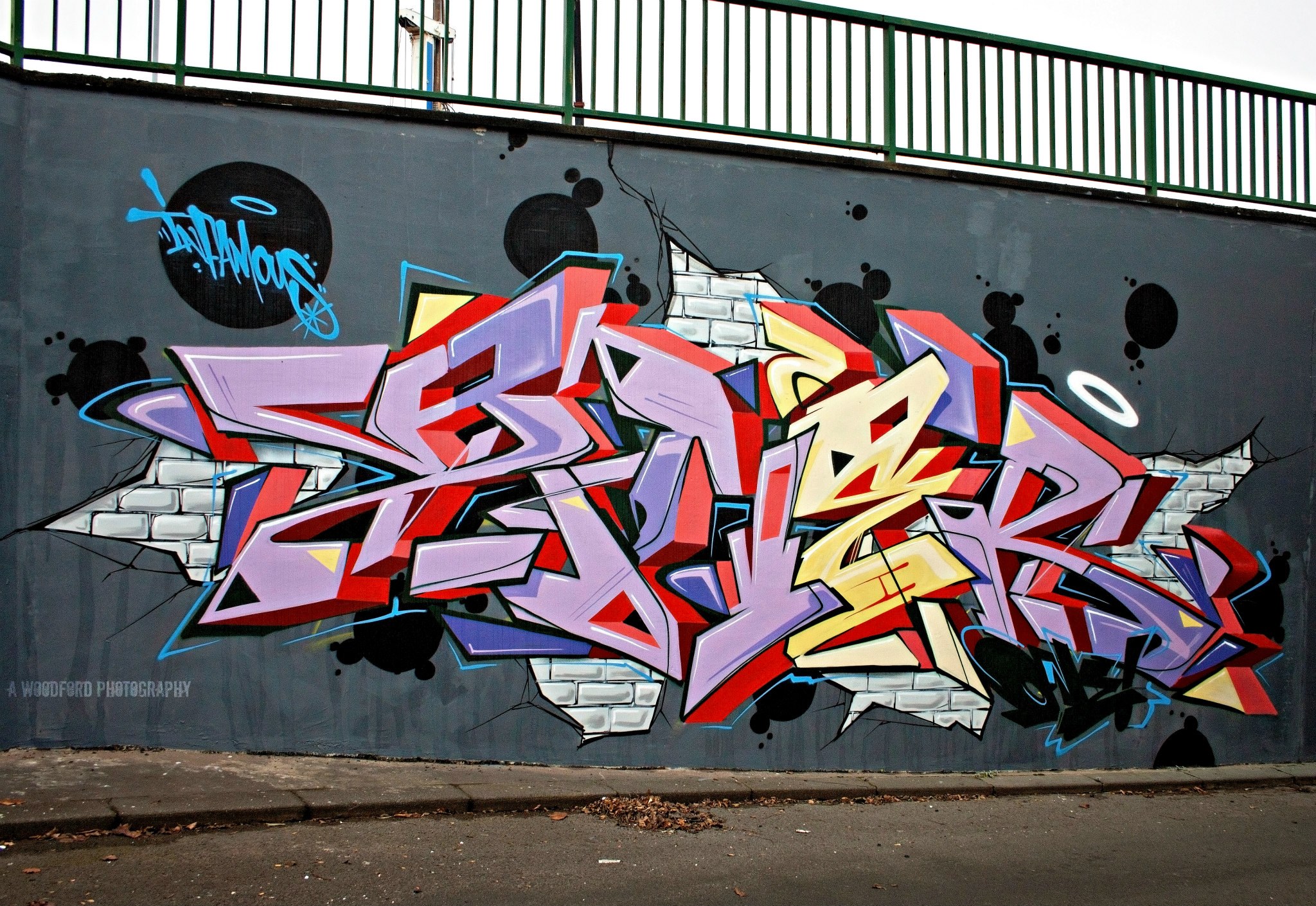 “Unsurprisingly, to those who are interested in urban art or graffiti, there are many artists like myself who are dedicated to this art form as a hobby and who will spend a lot of time and money planning and creating their vibrant works of art and bringing run down areas of our city to life.” 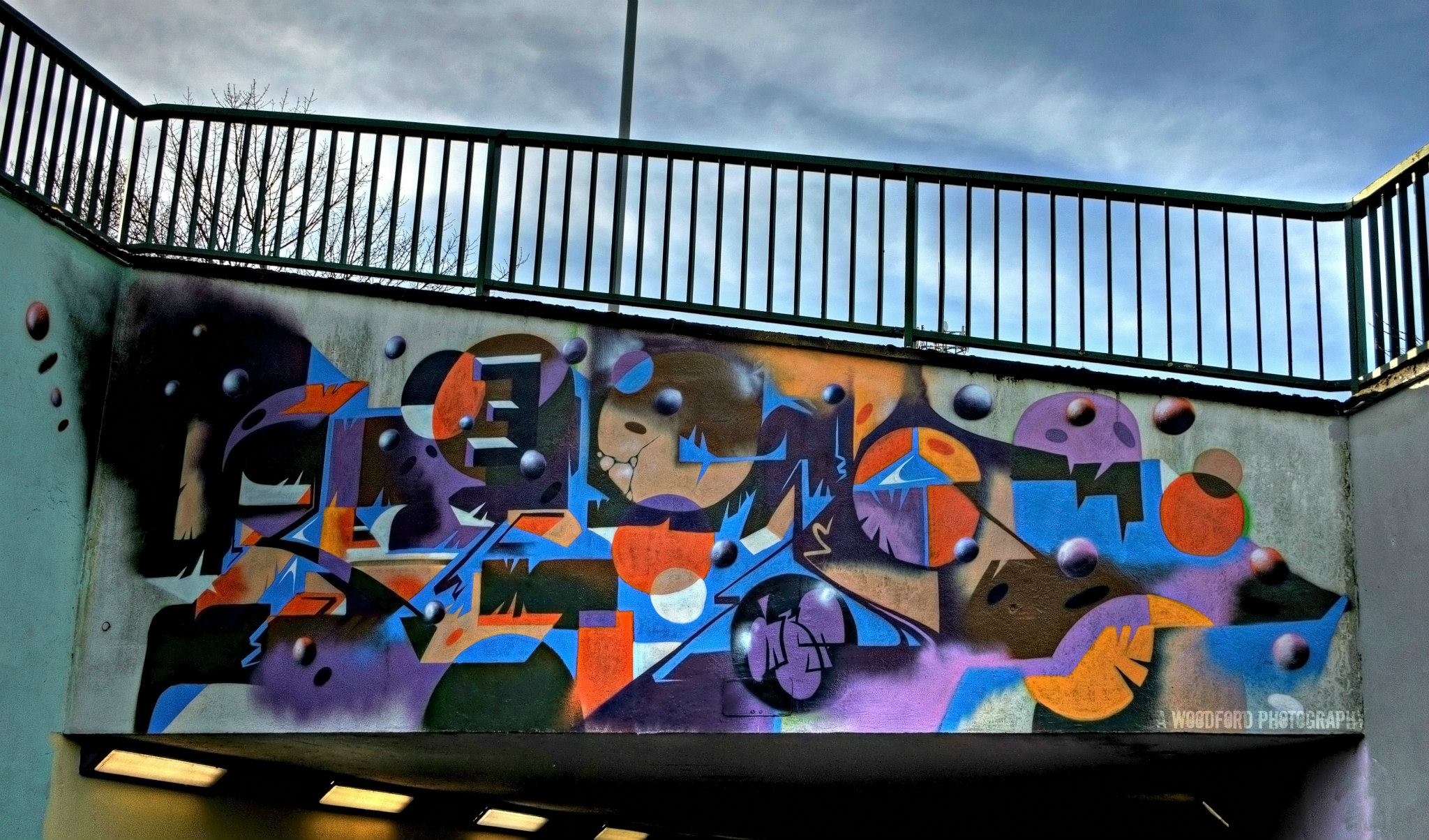 “I would like to thank all of the talented artists involved in the project for coming down, giving their time and support to the development of this project and enabling it to be a success. It was a fantastic opportunity for myself to work with them all and to be able to give them a location where they can flex their skills and that members of the public can also see their amazing works of art.” 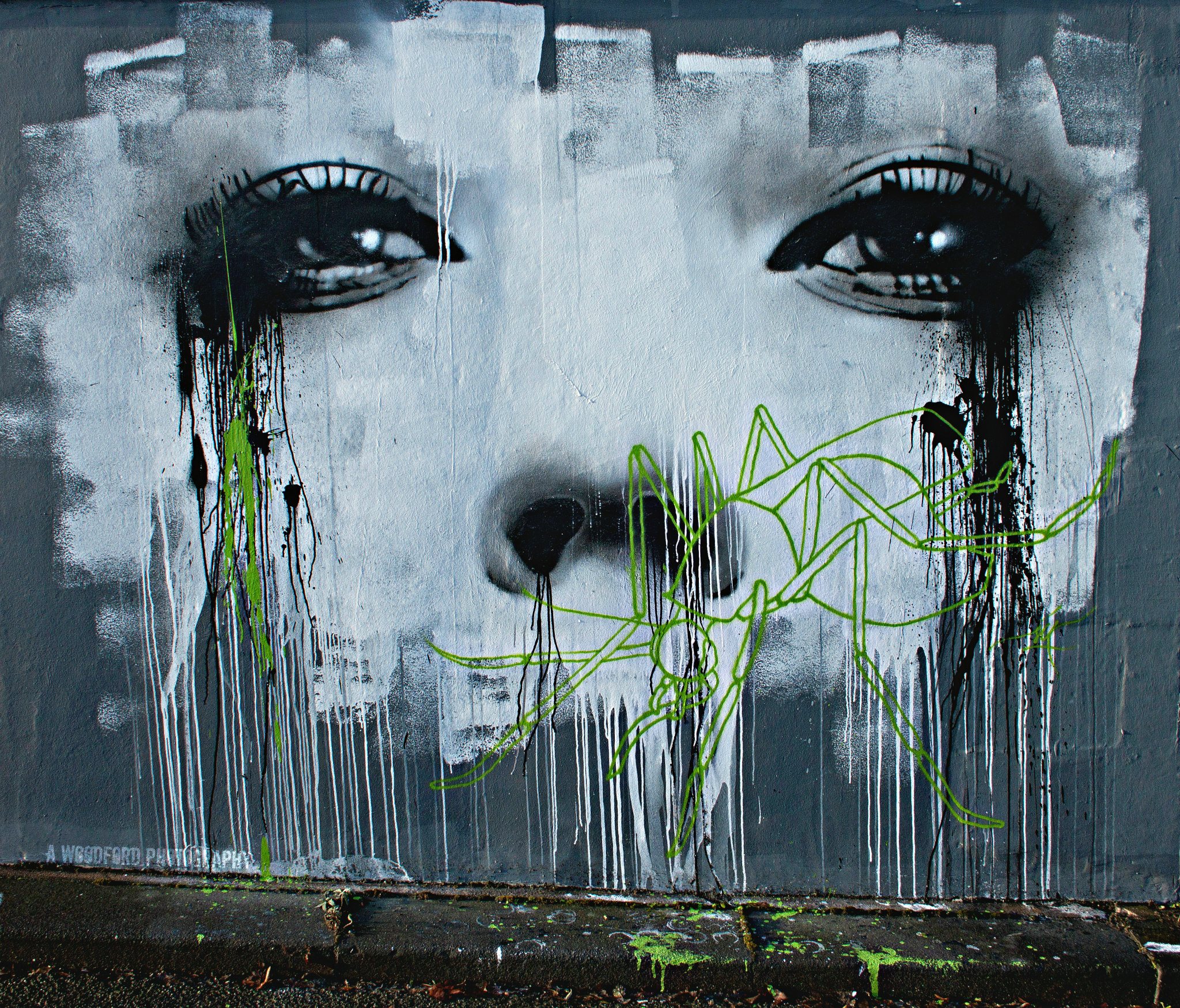 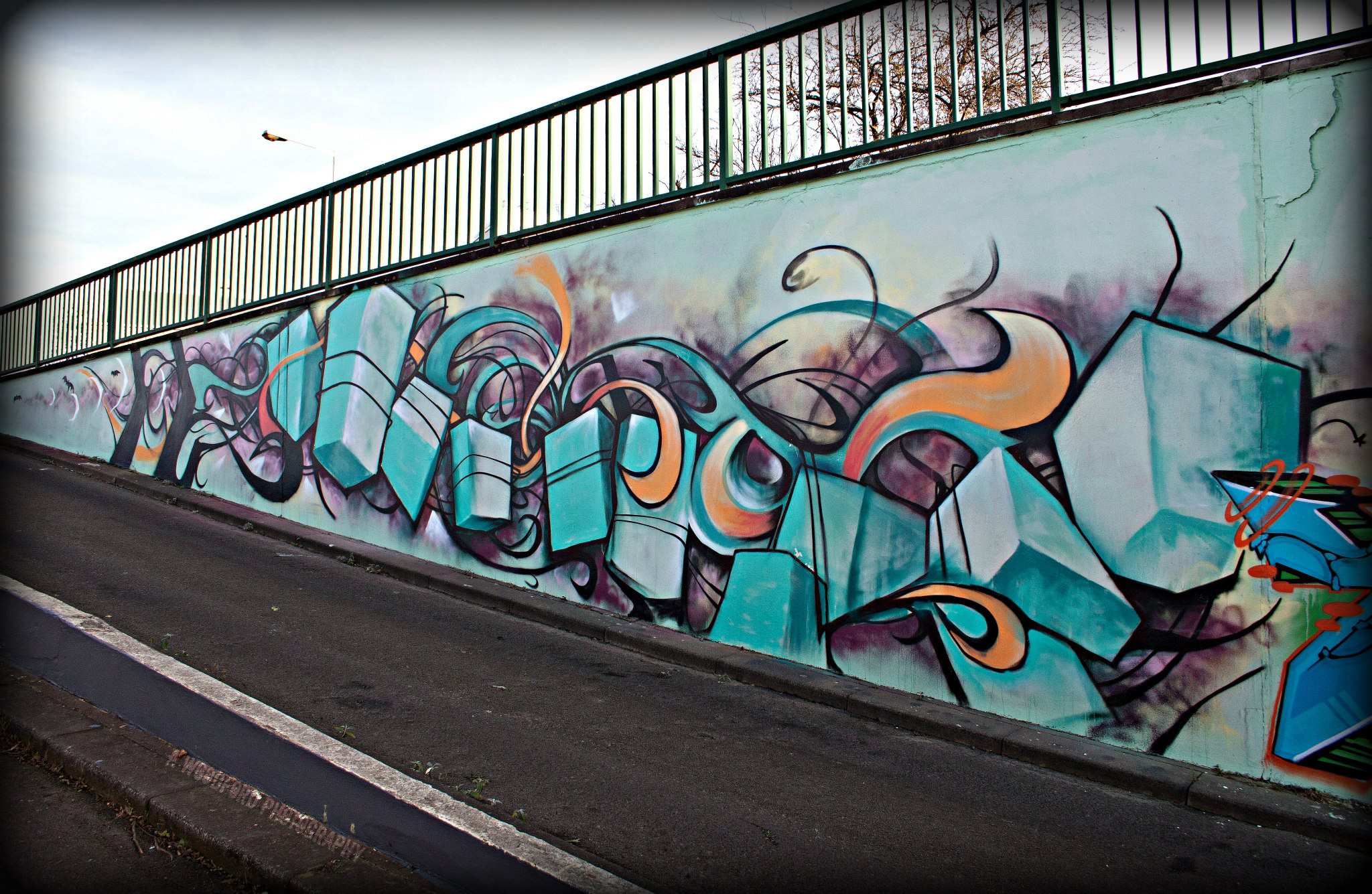 Councillor John Reynolds, Wolverhampton City Council’s cabinet member for city services, said: “This is a very artistic way of tidying up an eyesore for visitors to Peel Street car park. These artists are very talented and it is great to be able to give them a platform to showcase their work and demonstrate that graffiti can be a welcome addition to an area.” 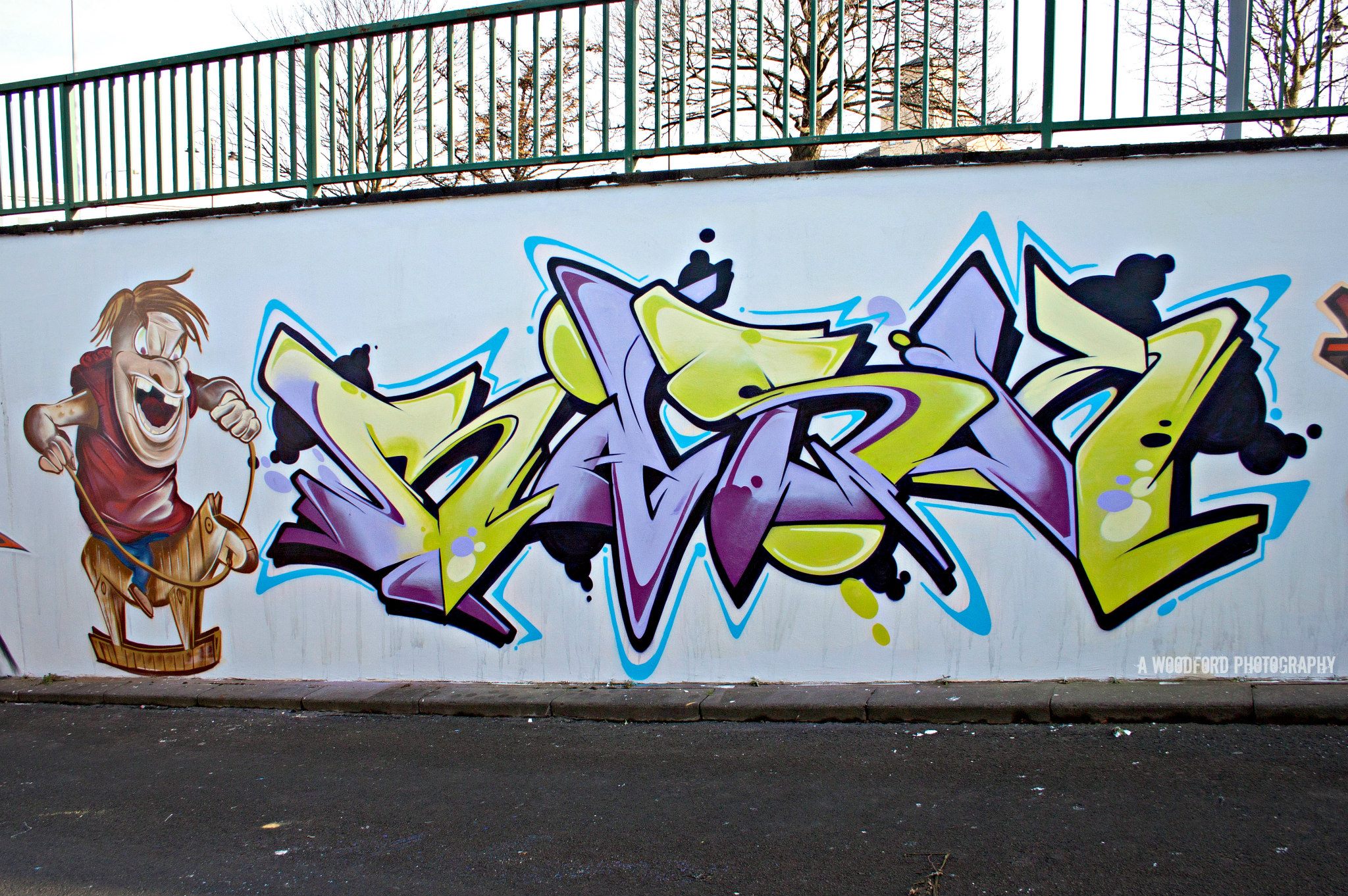 If you’re looking for more information, then please visit these two links to find out more about this location and the artists that have been involved:

Thanks for taking the time to read this post and Happy New Year to you all!