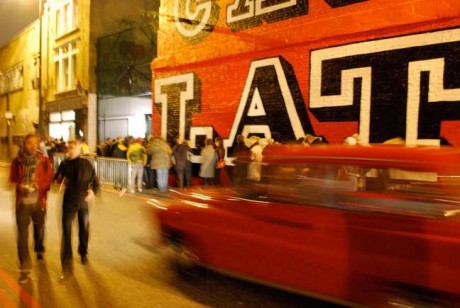 Moniker Art Fair have announced their line-up for their signature projects spaces due to be launched at this year’s fair on the 13th of October 2011.

The artists spaces will provide a much more experimental and less commercial aspect to the art fair. The platform offers the artists to show experiential projects and ideas that may be outside of their normal line of work and everyday practice. The public can also view work from outside the mainstream art fair circuit – each space individually commissioned or supported by the various galleries taking part.

The works in this section will highlight the diversity of practice being produced from an international selection of emerging and established artists who come from both traditional and non-traditional backgrounds. These spaces will incorporate a mixture of visual art from exciting set design, large-scale canvases featuring portraiture through to abstract paintings, sculpture, and experimental graffiti installation.