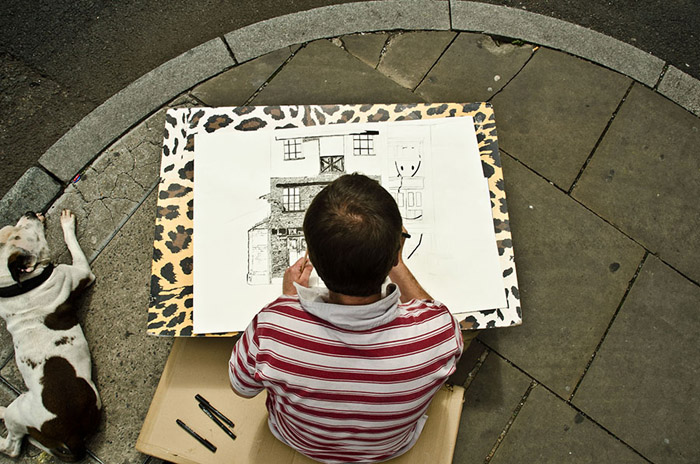 You may have seen an artist at work at the bottom of Shoreditch High St, opposite Tesco in the past few years?

John Dolan has sat every day for the last 3 years documenting the surrounding architecture through his portrayals of the street. For one week, the Howard Griffin Gallery presents an exhibition of works by John.

Having lived in London his whole life, he’s been in and out of prison and often found himself homeless. These days he’s greeted by the like of Gilbert and George as they walk past.

In an area that is (was) highly fashionable, he’s documented the constant gentrification in the area and through his work he’s seen the street art and graffiti that has popped up and down from some of the world’s best artists including ROA, Steve ESPO Powers, Sever, Gaia, David Walker, Stik, Remio, Nomers, Maser, Thierry Noir, RUN, Zomby, Christiaan Nagel, Phlegm, Ian Stevenson, Martin Ron, Liqen, Dscreet, Pablo Delgado, MadC, CEPT, C215, BRK and many others.

These artists have collaborated with John by working directly onto the walls of his cityscapes, creating unique pieces, bringing together one of the biggest group shows, depicting an ever-changing area of the city.

GEORGE THE DOG
JOHN THE ARTIST 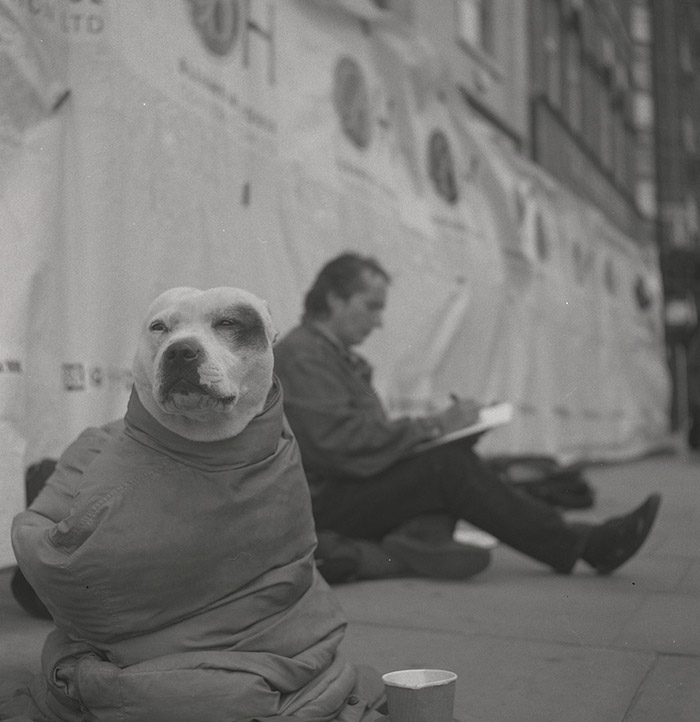 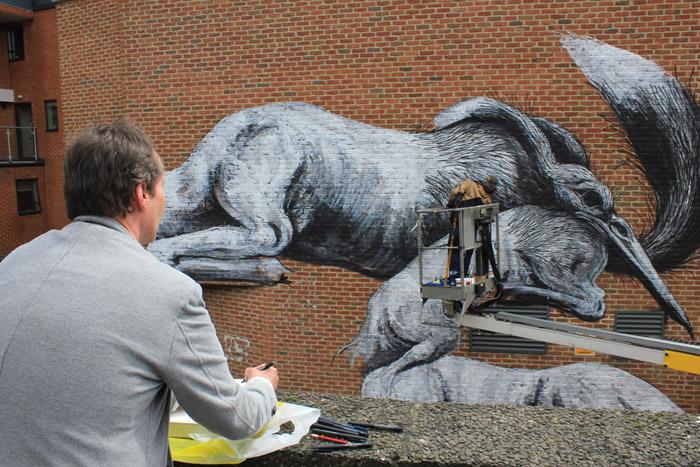 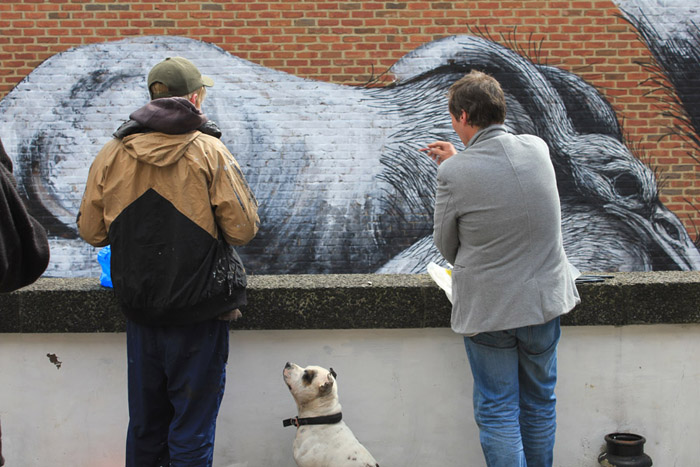 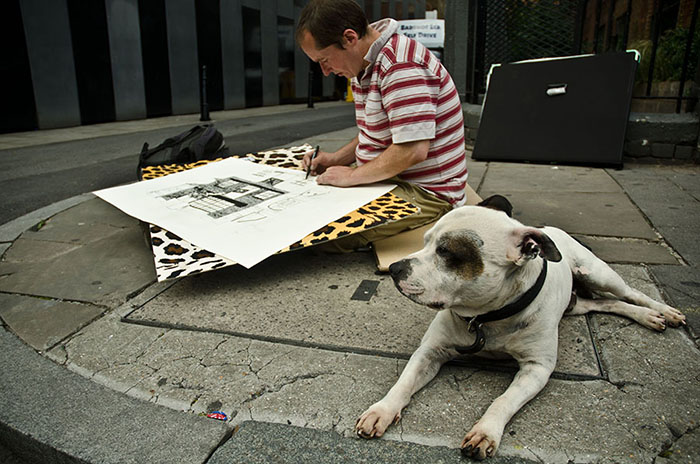 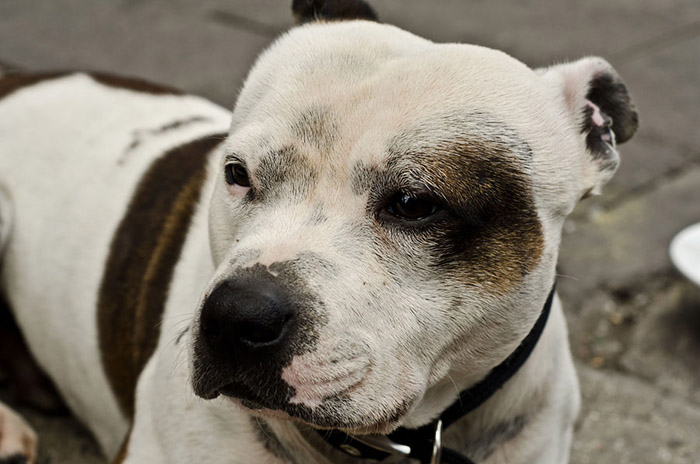 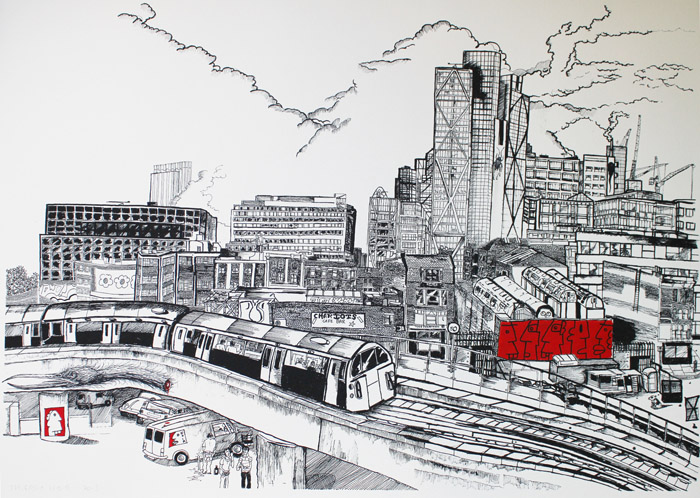 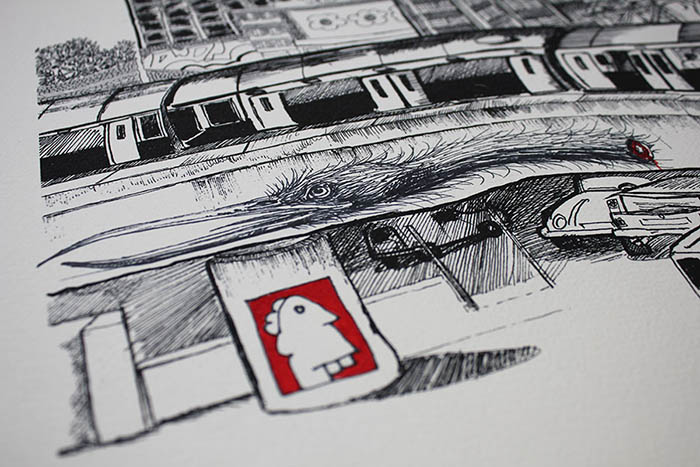 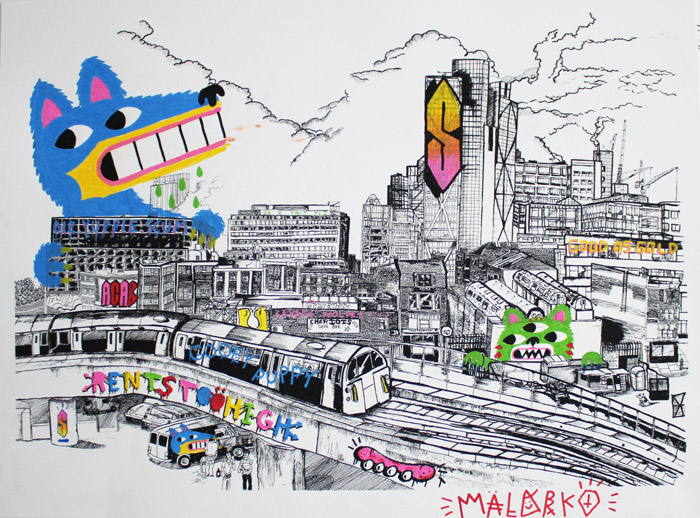 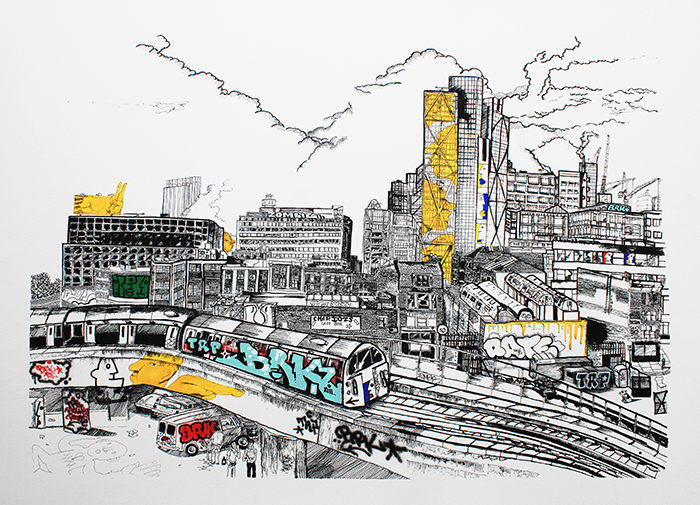 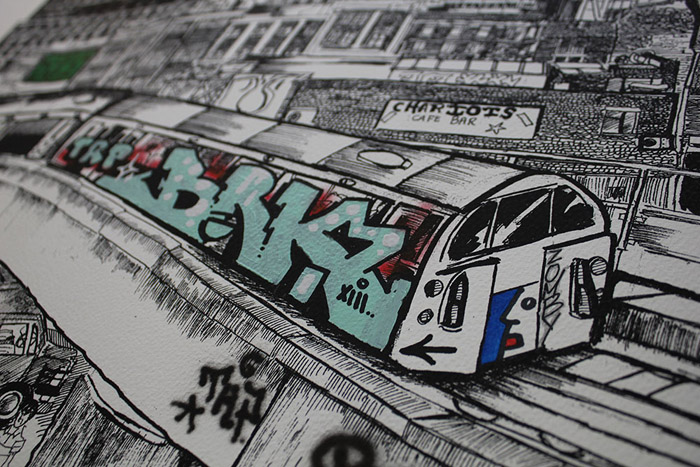 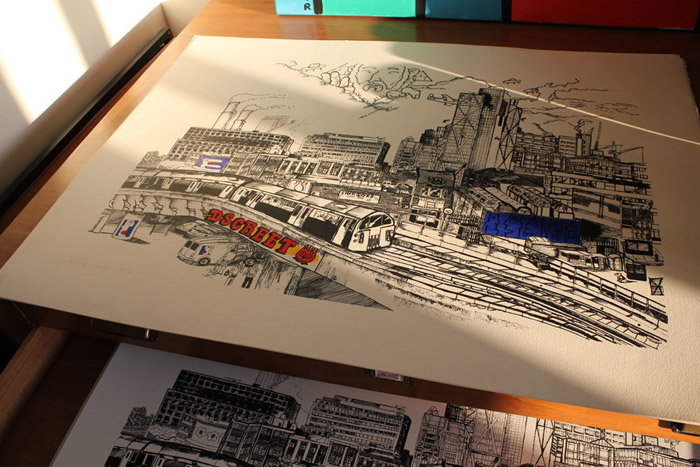