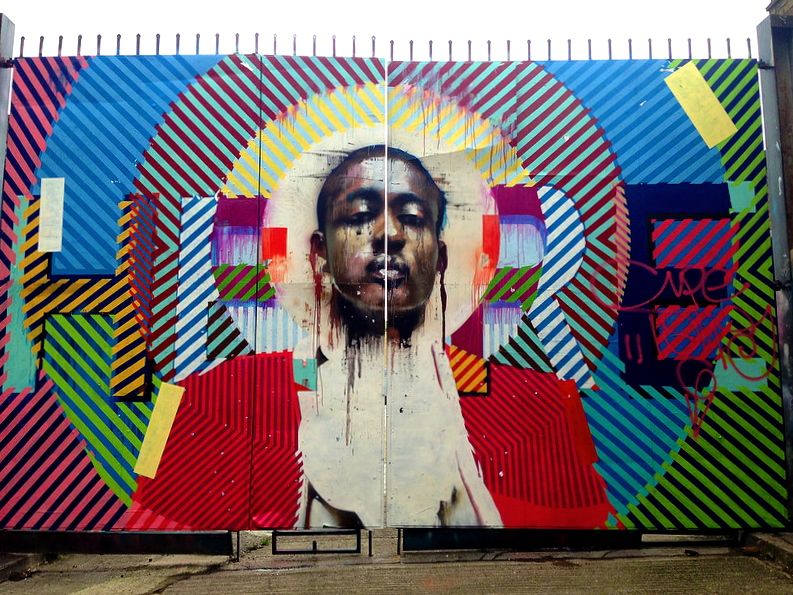 I’m a lover of London’s street art and I’ve seen some eye popping work come and go around the city’s East end – home to London’s art scene. But I never knew who had done it and how. Some of it seems quite frankly impossible and I’m lead to believe Spider-Man had swung through with a couple spray cans showing off some of his creative flare. I wondered how humans were capable of reaching some of these places to create what seems like such a time consuming piece of art. Are these people super human??

I heard the buzz surrounding The Alternative London tour long before I got off my lazy butt and decided to experience it for myself. There are countless reviews on this free tour of London’s street art and nearly all of which are people absolutely raving about it. I wondered how good a free tour could be but figured I had nothing to lose even if it was sucky.

I took the tour in autumn and was shocked by the mass of people that turned up. Considering it’s a tour of street art I was also surprised to see such a random crowd, consisting of middle class Mums, young hipsters, Spanish tourists and just about every other social group you can think of. We were split up and I learned that our tour guide would be Ben – A street artist in his 20’s who is incredibly passionate about street art. This guy really knows his stuff and his love and enthusiasm for it is infectious. The tour begins with some history on London’s East End which was actually dead interesting. 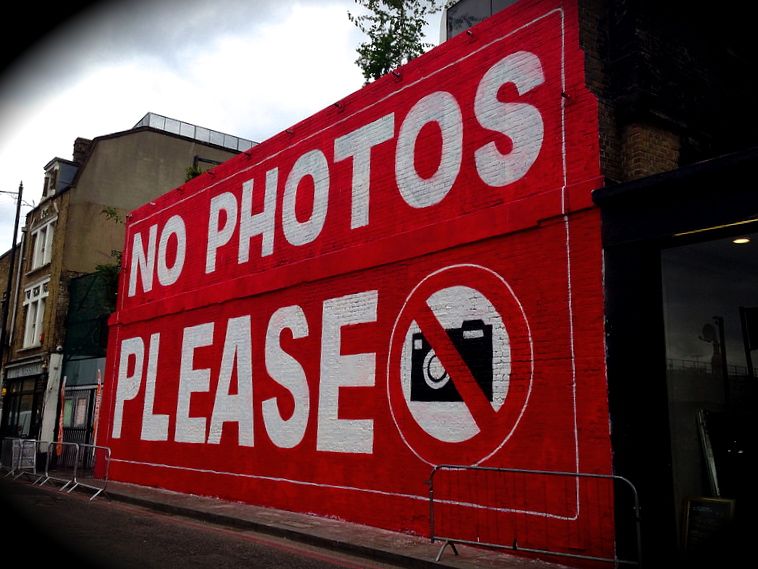 Did you know that after the war they had too many canons from the ships so they put them to use by turning them into street bollards. If you see a bollard today it still resembles the same design, canon shaft with a ball on top! – One for the pub trivia, you can thank me later.

It didn’t take long for Ben to start pointing out some hidden art that I had never even noticed. As we reached the heart of Brick Lane he began to explain some of the more famous pieces by Roa and Dahl. He lead us into the world of street art and I discovered that it’s more than just spraying walls.. it’s a culture, a way of life. There’s ingenious methods used to execute giant pieces and various ways these artists make money and promote themselves. I had all of my earlier questions answered and it suddenly occurred to me why I had never witnessed any of these works being created. It was fascinating.

My favourite piece was a cowboy by an artist named Elmac. He uses a method called ‘Swirling’ where he freezes the paint then creates extremely lifelike portraits by repeating lines. What a total legend!

Of course the art is continuously changing so each walk becomes a totally different experience. I would be tempted to take the walk again to have some newer pieces explained. We are blessed in London to have such a giant showcase of famous work. That mind blowing art you see on the corner isn’t just a one off, these artists tour the world leaving their mark in major capitals and what you’re actually witnessing is the work of those who are extremely well known in the world of urban art. You wouldn’t believe the work they put in.

Even though it’s been described as a free tour it is advised that you tip the guide. They do it for the love of it but earn nothing other than what people decide to give. I personally threw in £10 but in all honesty they deserve more. It’s one of the best London tours I’ve been on and I’ve been on a few! 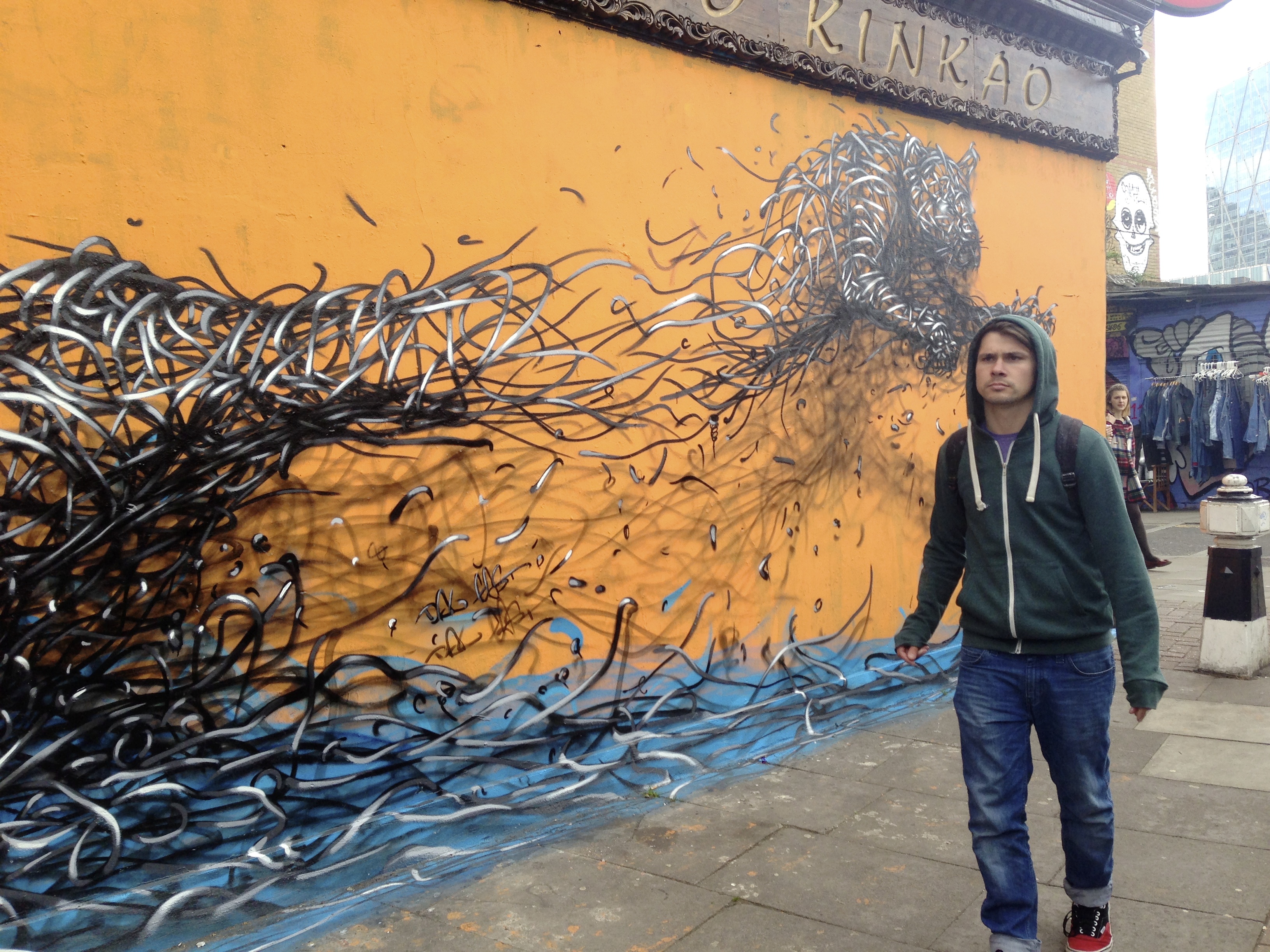 I would recommend this for anybody like me that has a slight interest in street art and would love to know more about what goes into it. I love that I can now walk through East London and name the artists and point out the less obvious pieces that my buddies usually miss.

Tours start and finish near Spitalfields Market on Tuesdays, Wednesdays and Thursdays at 12p.m & 7p.m, Fridays at 12p.m. and Saturdays at 12p.m, 12:30.p.m, 3p.m & 3:30p.m – walks are 2 hours long. Bike tours start from February. Consider booking via the website as they get pretty busy. 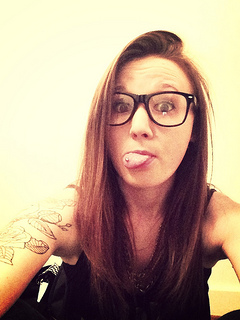 Kate is a Londoner who has always had a fascination for the city’s street art. She’s passionate about London and is on a one woman mission to show the world that there is more to her home than Big Ben and Price Harrys crown jewels. Kate is the creator of The Lost Londoner – A quirky guide to London’s more unusual side that people tend to miss! Follow her on Instagram, Twitter or Google+