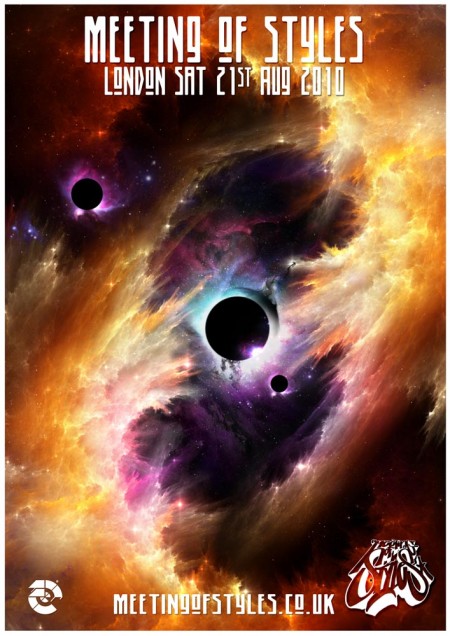 The world’s biggest graffiti festival, The International Meeting Of Styles, hits North London this week for a two day visual feast, and it’s all free!

For the third year running the event is hosted by aerosol aficionados End OF The Line, and with promises to top last year’s event, which saw over 2000 people descend on Brick Lane, prepare yourselves for a veritable smorgasbord for the senses. DJ’s will be supplying visitors and 60 of Europe’s most skilled artists with a sound track of funk, hip hop and dub while they work on 12 walls, rotating advertising boards and a pop up gallery; all culminating in an after party on Saturday night (for over 18’s only) to showcase the work. 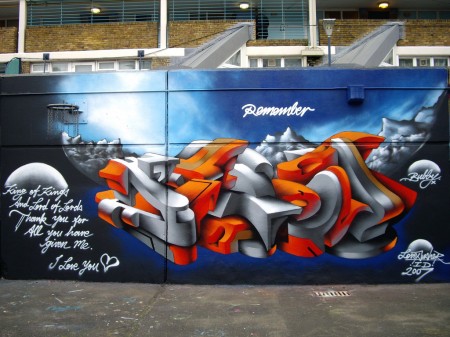 Since its inception in 2002, Meeting Of Styles has organised more than 70 events, reached more than 120,000 people, and spread its creativity, passion and message across 16 countries. Their mission? To add ‘colour and vitality to blank urban landscapes in a creative and relaxed atmosphere whilst leaving a legacy of art,’ and with such a broad range of graffiti styles on offer they’re certainly taking the London festival seriously.