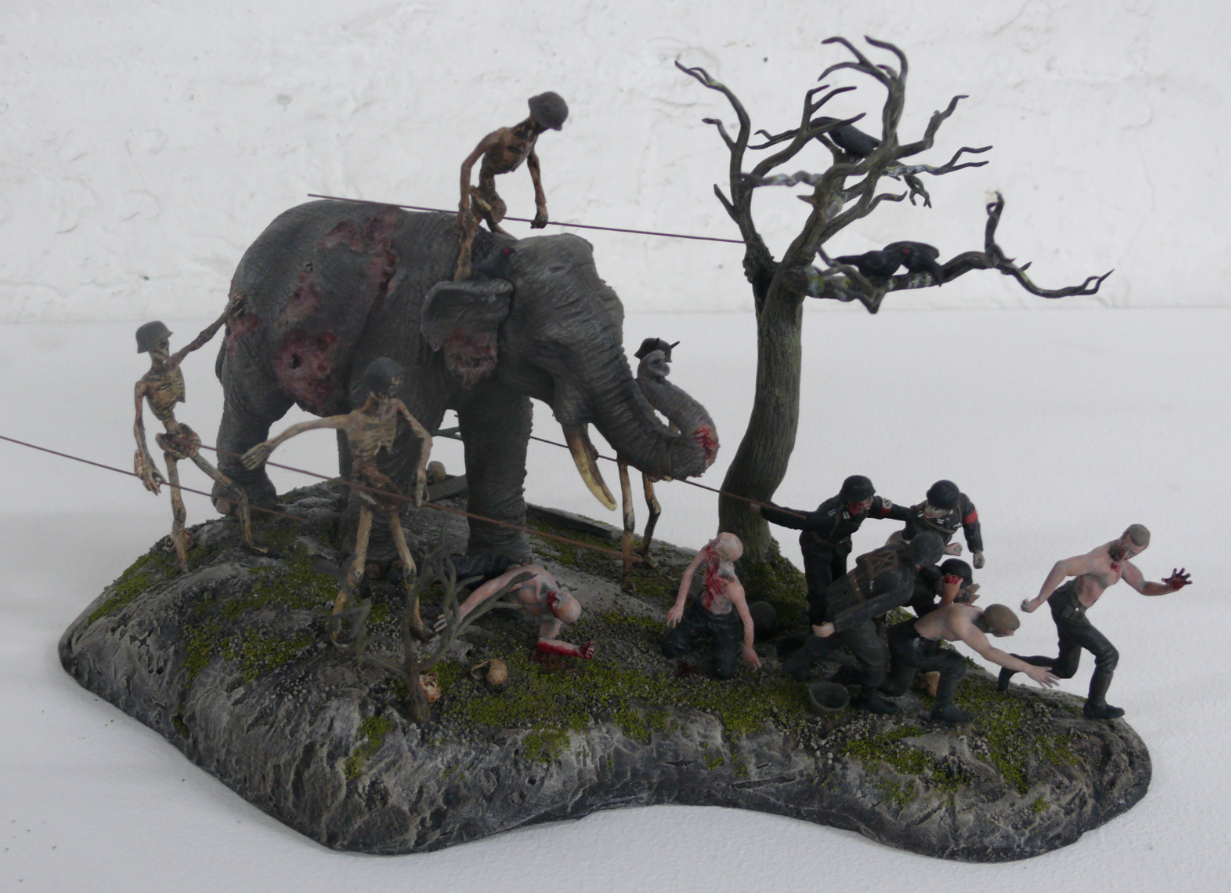 Independent titles and London Evening Standard team up with Space for Giants to tackle elephant crisis.

This campaign will open a light on the ongoing conservation crisis and help to raise much needed funds through exclusive auctions for a variety of incredible gifts and experiences – from VIP tickets to Henry V, with a backstage Champagne reception with Jude Law at the Noel Coward Theatre, to Boris Johnson’s signed cycling helmet, or a survival weekend at the Bear Grylls Survival Academy.

The Chapman Brothers have donated an original sculpture, entitled ‘My Brother Went To The Circus And All I Got Was This Lousy Souvenir’. The stunning original ‘hellscape’ was created especially for appeal and is in the classically striking and thought provoking Chapman Brothers style.

Led by the proprietor of The Independent and London Evening Standard, Evgeny Lebedev, along with Space for Giants CEO Dr. Max Graham, a team will visit the 10,000 km² Laikipia Plateau in north-central Kenya. The Independent will be reporting regularly from the ground in Kenya – visiting conservation areas, reporting on the illegal poaching economy and highlighting the education and training programme in place to train rangers to defend against poachers.

Last year, thousands of Africa’s elephants were killed to supply illegal ivory to markets throughout the world. Increasingly, revenue generated from this blood ivory is being using to fuel war and terrorism in Africa. The Independent’s Elephant Appeal is designed to raise money to support rangers on the ground to protect Kenya’s elephants from armed poachers, together with Space for Giants’ longer-term work to create new wildlife sanctuaries where elephants will be safe, forever.

“The Independent has always supported conservation and end environmental issues. The Independent Elephant Appeal has a vital contribution to make to Space for Giants and its incredible work in protecting these wonderful creatures.”

“We are so proud to be a part of The Independent Elephant Appeal and thank them for shining their hugely valuable support. There is grave concern for the survival of these incredible animals and the money and attention we raise through this campaign will make a real difference on the ground in Kenya.”

Find out more about the campaign and get bidding.