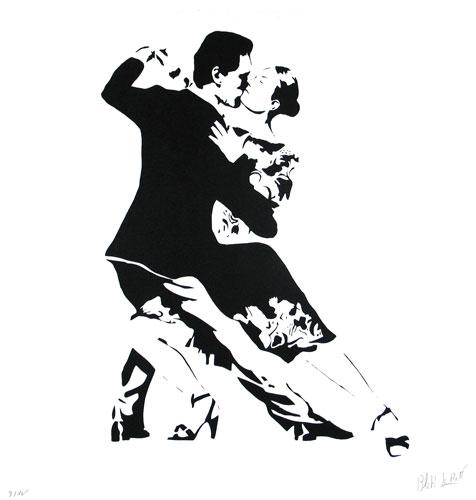 Considered to be the father of stencil street art, Blek Le Rat (aka Xavier Prou) has had a profound influence on todays current crop of street artists. Almost all of whom arrived a whole generation after Blek started hitting the streets of Paris back in the early eighties. Banksy is on record as saying that, Every time I think Ive painted something slightly original, I find out that Blek LeRat has done it as well. Only twenty years earlier&hellip;

Indeed, it was Bleks silhouette stencil of a rat (an image Banksy was later to adopt for Bristol and London) as early as 1981 that broke away from the graffiti political slogans and injected it with a fresh new language of political art. Blek has always used his art as both a democratic means of bringing the gallery walls to the people and to change the way we interact with the urban spaces around us. This is essentially the blueprint street artists the world over are still reading from today.

In recognition of this Thames & Hudson have published a beautifully produced retrospective book entitled, Blek Le Rat: Getting Through the Walls. To celebrate the book launch the Black Rat gallery is staging the largest Blek exhibition to date.

The show will feature many new works as well as iconic images tracing the history of Bleks career, along with a number of prints  available from the gallery on the night. Invites will be sent out in the next few days.

And to whet your appeitite you can pre-order a copy of Getting Through the Walls here: www.thamesandhudson.com/en/1/9780500287354.mxs