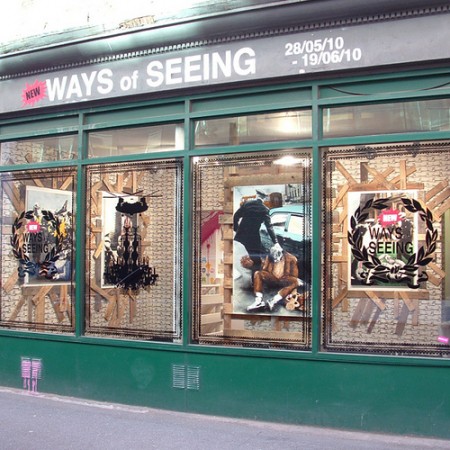 We’re all used to hearing from artists publicising their upcoming shows, but what happens afterwards? Do they feel remorse or elation? Was all the stress really worth it?

Artistic duo Static recently held their first solo show at Art Republic’s Soho Gallery where they adorned the walls with brand new work. The top floor, decorated with screen-printed wallpaper and pieces of used wood, featured their ‘Fight For The Right’ series. Here they questioned our perception of society and the daily hypocrisy we find ourselves surrounded by on a day to day basis, with photographic images altered to provide a comedic effect.

The ground floor, home to their ‘Luxury Vandals’ collection, was in stark contrast; sleek, glossy and decadent with gold alcoves and black walls. Focusing on the exploration of commercialisation and street art’s desirability, the artwork featured images of Drew Barrymore and Kate Moss, their infamous Chinook Chandelier™, leather cased aerosol cans and hand painted glass caskets.

I had a chat with Static about their experience, negativity and the future:

How did you find the experience of your first solo show?
We had a lot of fun working towards this show and working with Art Republic in their London space. The response on the opening night and throughout the three weeks was entirely positive and it was a shame to have to wrap it up at the end.

Is there anything you would have done differently?
Well we were allowed total free reign with the gallery space, decorating it from top to bottom with paint, wallpaper, stencils and false walls. Even though it was a lot of hard work leading up to the opening night, we wouldn’t have changed anything about it; there was never a moment where we had to compromise our ideas or vision.

What have you learnt?
It’s important to work with people who are 100% committed to promoting new ideas and ways of doing things. It’s also important to read and carefully follow the instructions when mixing large quantities of wallpaper paste so that you get an even consistency… it also helps if you’ve not been on the beers and if you’ve got some good friends who don’t mind giving up some of their time to help with the painting and decorating. 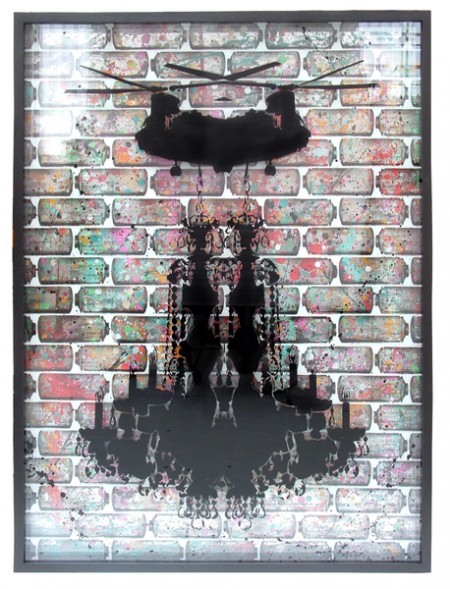 How do you feel about and deal with negative comments regarding your work?
There’s always going to be some people who won’t get ‘it’ for whatever reason, so will try to discredit your ideas and work. It can be disheartening, especially when you feel like you’ve worked really hard producing something that is totally unique, but this is always counterbalanced by the fact that there are always a lot more people who are extremely enthusiastic about what we do. The great part about this show was that we got to meet a lot of them personally and talk to them about our ideas, where we were coming from and where we want to go next.

Do you think the current economic climate has had any effect on the sales of your work?
We’re not financial forecasters by any means, but it’s probably safe to say that no one has been unaffected by the ‘current economic climate.’ All we can do is continue to work on what we love doing and hopefully find an audience that connects with it and allows us to continue with it for as long as possible.

Currently you only have prints of Grown Up Games available, do you have plans to release any more prints of the work featured in the show?
The next print we’ve been working on is actually based on the ‘Luxury Vandals Crew’ piece with Kate Moss in it, which will be released late August to coincide with our visit to Japan where we’ll be showing some work at Gallery Kawamatsu in Tokyo. We’re also thinking about doing another print from the ‘Fight for the Right’ series, which will be released later in the year.

What are your plans for the future?
Well the Japan show is top of our priorities at the moment. We’re also working on several commissions following the end of the show, and there are a couple of other things happening later in the year that we’re keeping on the down low until nearer the time.

Keep up to date with Static by visiting their website www.welikestatic.com, where you can sign up for their newsletter and purchase artwork.