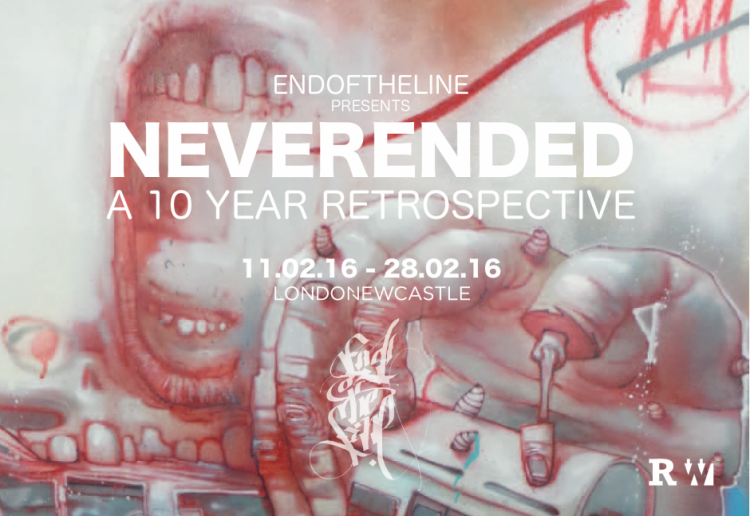 NeverEnded invites visitors to immerse themselves in a world of graffiti, street art, music and film with a series of pop up events held in the exhibition space; including live art, life drawing classes, music showcases by the 5th Element Agency & Lyrix Organix, pop up feasts and live talks.

“This is our personal collection which reveals the transformation of the streets of Shoreditch and the tensions between urban development and artistic freedom, and represents what will be lost when everything is glass towers.”

A small pop-up shop will also be running for the duration of the show featuring limited edition prints by many of the featured artists, collectibles and a selection of customised street furniture.